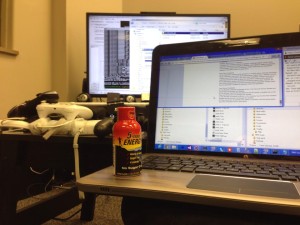 It appears that Pier Solar HD’s release is imminent as Watermelon updated its Facebook page saying it has submitted all versions of the game for certification.

“All final submissions sent for Pier Solar HD. Really… We did all that’s asked and we’re pretty confident that all platforms will certify OK,” the post read. “Now we wait for the approval for a final release date.”

The game failed Microsoft’s certification in late June and waited to submit the game to Sony and Nintendo until it fixed the issues Microsoft had.

Luckily, the process doesn’t take as long as we thought, so the perspectives to getting a release date gets better,” Watermelon said. “As soon as we’re certified on all platforms we’ll announce the date and put it on the street.”

We’re really happy for Watermelon to finally get to this point as Pier Solar HD has suffered from numerous delays. It was originally planned to be released in December 2013, but Watermelon pushed the date to March 2014. Then it was delayed until April. Then to June, and after that Watermelon didn’t give an exact release date again.

Once it’s released, Pier Solar HD will be available for the SEGA Dreamcast, Sony PlayStation 3 and 4, Nintendo Wii U, Xbox One and 360, PC, Mac, Linux, OUYA and Android.