Watermelon Games issued an update yesterday, detailing the latest in Pier Solar HD‘s development. It turns out, the game won’t quite make it in April, which they previously said.

In an extensive Kickstarter update, Watermelon attributed the delay to three three reasons:

– Beta test is still going on: the game is super stable but some bugs are still being found. We can’t, in our right mind, ignore those and go for release and rely on patches from day one. As long as there’s a bug, there will be a fix until the game is as smooth as the original.

– Never-ending perfectionism: During the development not only did we program some enhancements to the game such as the Director’s Cut, but also some other improvements are being made to make Pier Solar better in usability and gameplay. Some of these improvements came a bit late in the project but we considered them essential for this release. Don’t worry. We’re not adding new things every day, our scope is 100% closed by now, but some extra dev time was added due to those new features.

– There’s bureaucracy involved: Only after the game passes WM’s internal QA can we consider it Gold Master, and send to our distribution channels (Aka: Steam, PSN, XBLA, e-Shop…) and this process not only takes a bit of time but it also makes sure that our game is compliant with their standards. Only after we’re certified, we’ll be able to get a final release date. 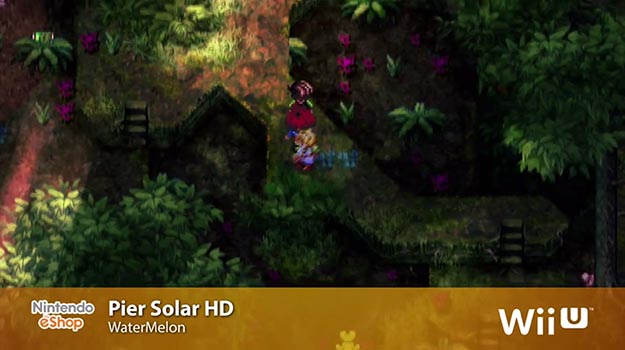 To be honest, the latest delay isn’t too big of a surprise to me. A lot of people were fairly confident that Pier Solar HD could release in December 2013, which was the game’s original release date. However, in all my years covering indie games, I have rarely seen them released on time. In fact, delays after the game has gone gold are also fairly common.

This is certainly not surprising given that the Dreamcast backers haven’t been given their packaging survey. Currently, WaterMelon is trying to release the game before E3 2014.

Do you think they can make it? Until the final version of the game is sent to the pressing facility in the month of May, I do not expect to see a June release.