It’s been an exciting week for SEGA Nerds everywhere, what with Retro-Bit’s reveal of their sexy new accessories for the Genesis/Mega Drive, Saturn and Dreamcast at CES 2018. But also this week, JoshProd, the producer(s) of games on retro systems, released a lovely teaser video for the company’s upcoming 2018 releases.

If you don’t know, JoshProd was responsible for releasing the majority of brand new Dreamcast titles last year – our friends at DCJY counted 15 new boxed games that came out on our beloved little grey/white box during 2017; an impressive feat for a console that stopped production some 15+years ago.

Aside from the teaser video (above), JoshProd hasn’t yet released a list of the games it will be publishing, or what consoles specifically they will be for – as they do produce games for multiple retro systems. But, with their track record of bringing titles to SEGA systems (especially Dreamcast), we’re hopeful that a least some of these games will appear on SEGA’s 128-bit console.

Of note, last year JoshProd brought 4×4 Jam, a 3D off-road racing game that originally appeared on Sony’s PSP and later Android and iOS, to the Dreamcast. The reason this excited some Dreamcast owners, is that it effectively opened up the Dreamcast to new possibilities – while the system is known for being relatively easy to program for, no indie developers have been able to create high-quality, fully 3D titles.

But, with JoshProd being able to port across a (somewhat) advanced 3D game that had already been developed for other systems, it hopefully means that they can do the same again – and looking at the video, we see another 3D racing game that looks prime for a Dreamcast release. Colour me excited! 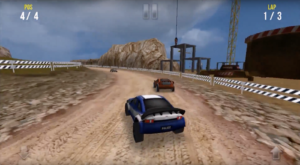