Amplitude Studios is based in Paris and has previously developed the well-regarded Endless strategy series, which includes Endless Space, Endless Legend and Dungeons of the Endless. In all, the series has sold about 2.4 million copies to date, according to MCV UK. Endless Space 2 is expected to be released on Steam Early Access sometime this year and will be published by SEGA.

“Joining the SEGA family represents the culmination of five years of hard work from myself and Romain and everyone here at Amplitude Studios” said Amplitude co-founder Mathieu Girard. “For the Endless series to be alongside PC franchises with such heritage as Total War and Dawn of War in the SEGA Europe stable puts our games where we feel they deserve to be.”

It’s an interesting move by SEGA Europe as the company has become one of the leading PC strategy companies, with series that include popular titles such as Total War, Company of Heroes and Football Manager, to name a few.

“To have the opportunity to add a studio with the growing reputation of Amplitude’s to the SEGA family is an exciting one and reinforces SEGA Europe’s position as a market leader in publishing high quality PC games” said SEGA Europe President Jurgen Post.

“Culturally, Amplitude is a fantastic fit for the business as it not only produces great games, but also have a proven track record in listening to their fans and directly involving them in the ongoing development of its games through its GAMES2GETHER system.” 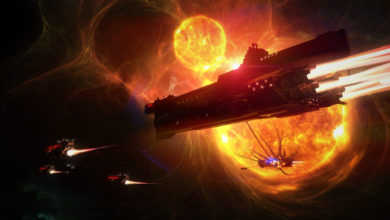 May 19, 2017
Check Also
Close
FOLLOW US
Use code SEGA at checkout to get 30% off EwinRacing gaming chairs