By this time, I’m sure you’ve stumbled across a Facebook friend or two who couldn’t wait to show you any number of stories titled something like, “SEGA reportedly making the Dreamcast 2.” I myself received a few from longtime friends who I certainly don’t consider “hardcore gamers.”

So I wouldn’t blame you entirely for getting caught up in the viral hype because it seemed like everyone on Facebook, including many “game journalists,” lost their damn minds believing in this story.

But let me clarify something for you – SEGA does not have plans to release the Dreamcast 2. The likelihood of them ever doing is so unfathomably low that there’d probably be a new Coleco system released before the Dreamcast 2.

But let’s not focus on click-bait headlines, lies and opinion pieces. Instead, let’s wade through the bullshit and find out what’s really going on.

How it all began

Several months ago, a man named Ben Plato, living in Melbourne, Australia, created a petition on Change.org to attempt to get SEGA of America to “to design and release a SEGA Dreamcast limited edition console.”

According to the petition, this new console should look like a revamped Dreamcast. It would have wifi, four wireless controllers, a 500 GB hard drive, a GD-ROM drive, HDMI output and the ability to upscale games in 720p or 1080p. It should also have the ability to connect to the “Dreamcast Classics Store,” where users can purchase and download digital Dreamcast games.

Now, I’ve seen dozens upon dozens of these kinds of petitions throughout the years covering SEGA, so I didn’t pay it much mind, and we never bothered covering it on the site. However, as the months ticked by, the petition didn’t die away like so many others, and has now reached nearly 24,000 supporters, with only 1,000 left to reach its 25,000 goal.

With the petition having reached its peak in popularity, Plato posted a “critical” update on Dec. 9, explaining that an unnamed, “innovative”hardware manufacturer with “crazy coders and designers” approached him to design and manufacture this new system, if given the green light by SEGA.

He ended the update, by writing that he’s beginning to draft “plans and ideas for the official proposal to SEGA.”

It appears that much of the misinformation that recently resulted in many believing SEGA was going to make the Dreamcast 2 began with this update. 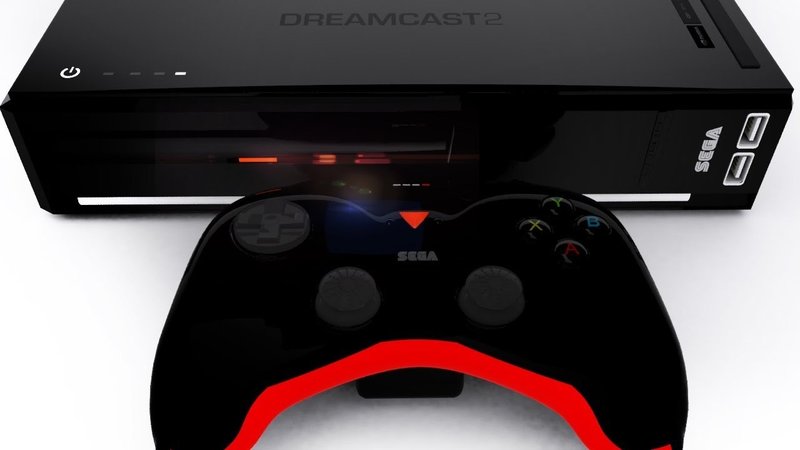 A little more than a week later, on Dec. 18, Plato posted a new update to announce a website called Project Dream, which was pretty sparse with the exception of asking visitors to sign up for a newsletter and a countdown that would end on midnight Dec. 31.

However, where things get more interesting can be found in the comments section below the update, where a man named Patrick Lawson, who claimed he was the team’s public relations coordinator and editor, replied to a comment asking the countdown’s purpose.

He replied that the team had two proposals to pitch to SEGA, and they’ve “gotten in touch with two SEGA of Japan interns.” This is how some people believed SEGA had some sort of official connection with the Project Dream campaign.

A day later, the Project Dream team launched the “Project Dream – Dreamcast Revival” Facebook group, which quickly grew in numbers, with many excited SEGA fans joining to share their love of the Dreamcast with like-minded people. 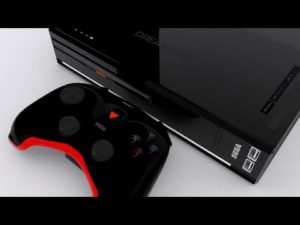 At some point on Dec. 21, Lawson began talking to video game websites (here, here and here) a change in Project Dream’s plans, where their goal was to launch a Kickstarter campaign, with a goal of one million backers, to help fund their idea to get SEGA back in the console business.

What’s more, Lawson began saying the team had two ideas – one for SEGA to create a new PC-Dreamcast hybrid that would do all the things Plato originally envisioned but would also run next-generation, SEGA-developed games. And two – for SEGA to build a brand new, ultra-powerful, yet very cheap home console using their next-generation arcade boards, parts and accessories.

What would happen if SEGA didn’t like either of their proposals? Well, they’d just make their own system, of course.

“Part of our goal is for SEGA to price either product for an affordable,cheap price,” Lawson told The Gaming Ground. “Part of the magic about SEGA is that being primarily and Arcade Amusement company, they have the resources and ability to sell a Home Consumer Product at far better price points than Sony, Nintendo and Microsoft because they never built consoles from scratch and instead use Arcade Machine parts and accessories.”

Lawson continued, “We have SOJ interns involved. They will present the ideas to SEGA of Japan next quarter. SEGA will revive its old IPs.”

What’s more, Lawsen used the fact that Yuji Naka accepted their Facebook friend request to show how much support they’re receiving and that they hope to get him involved to really get SEGA’s attention.

So now you can see how the narrative slowly spun from a small group of fans with a grandiose idea of convincing SEGA to re-enter the hardware business into “SEGA is reportedly developing the Dreamcast 2.”

In fact, we began hearing word soon after those stories were published that other key members of the Project Dream team were upset with Lawson making these claims that eventually led to mess that we now find ourselves in.

Clearing up the confusion 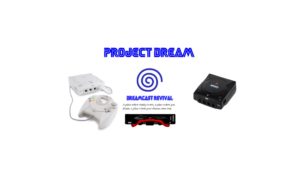 As of today, it appears that Lawson has been removed from Project Dream, and he no longer appears to be a member of the Project Dream Facebook group.

“‘Project Dream’ is not Dreamcast 2 but a campaign to get SEGA into the game console market again,” Plato said. “And ‘if’ everything goes according to plan (that enough people show their support for Project Dream), then the next step would be to convince SEGA to make the real Dreamcast 2.”

Wiseman appears to point the finger at Lawson for the public backlash the campaign has met due to the large amount of misinformation that’s been reported.

“It’s due to the amount of miss information that one particular party has been putting out as of lately (for whatever reasons I cannot fathom),” he said. “We did manage to track down the person who had been stating a lot of false things about the Project Dream campaign (we actually banned him from the project entirely). I mean, this is merely a fan base project. So nothing is set in stone, concrete or moving forward just yet.”

He also said there will not be a Kickstarter campaign like Lawson previously mentioned. 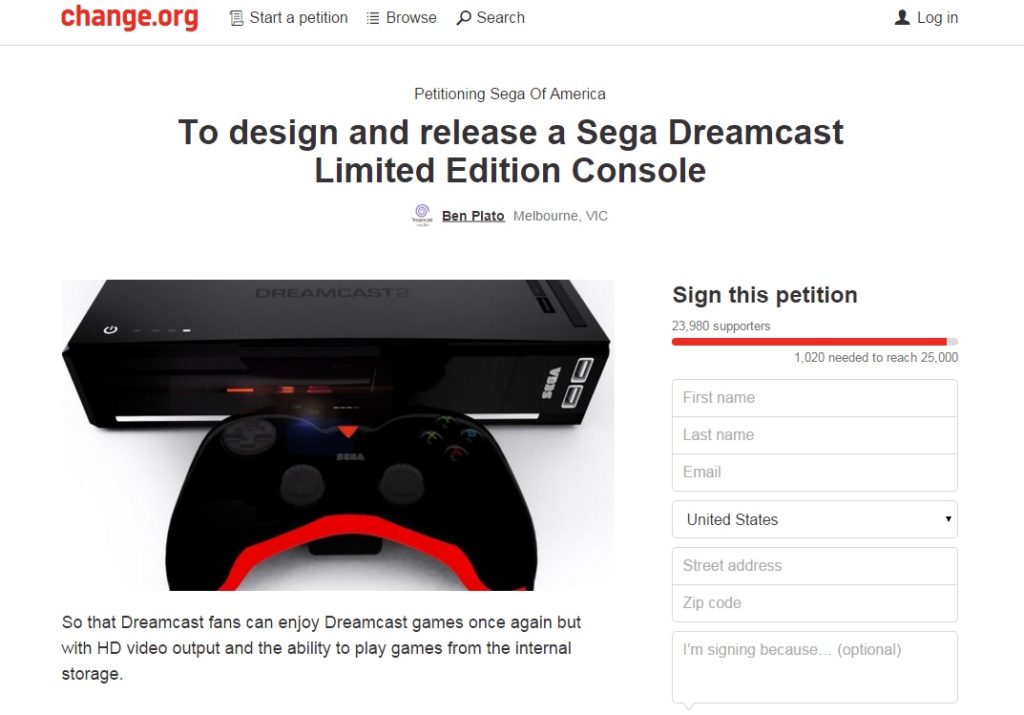 Where does Project Dream go from here?

In the same interview, Wiseman acknowledges the likelihood of SEGA releasing a new console is very unlikely.

“Since the end of the DC era, SEGA has been a completely different company. So I am not surprised to hear that people are being salty hell over Project Dream,” he said. “In fact, I am a bit skeptical as well. However, when you see the numbers and all the love which people have expressed for the Dreamcast and Project Dream, you feel less negative about the whole thing.”

Nevertheless, Plato and Wiseman are moving forward with their campaign.

“We would like Project Dream to take off big time and be built and backed by SEGA fans, regardless of whether it gets SEGA´s endorsement or not,” Plato said. “It should not be treated as a joke, but should be treated as something that’s a work in progress for the best possible outcome for a dedicated DC gaming rig. It needs to stop being considered as a Dreamcast 2. It’s the return of an awesome short-lived console but far improved.”

Once the petition reaches its 25,000, the official petition to SEGA to consider Project Dream’s plan will move forward. In an update earlier today, Plato wrote that the letter is not yet complete but will be written once the team has “everything in place.”

It remains to be seen whether Project Dream’s unlikely campaign will prove a success, but even if SEGA never re-enters the console business or if there’s never a Dreamcast successor, the very fact that this petition has shown there are so many Dreamcast supporters out there is impressive. 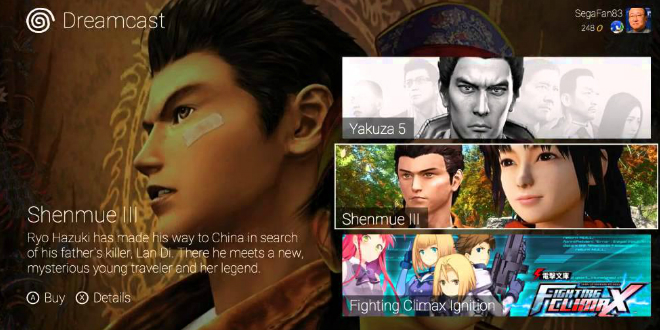 The proposed Dreamcast 2 UI is way better than the PS4, Xbox One 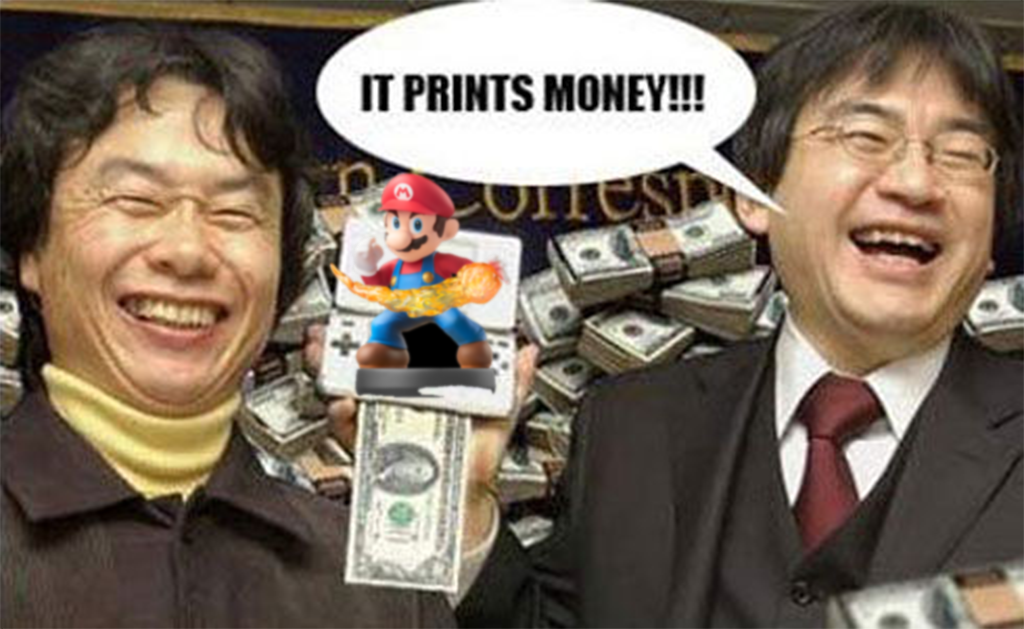 An Open Letter to Nintendo Fans