Note: Some “descriptive title” words were censored or altered in this article because those may sound very offensive to our dear SEGA fanbase readers. We care about you.

65 year old veteran (born in 1950), Niitani Masamitsu, is best known to us as the founder of COMPILE, a company that has delivered a lot of joy to most SEGA fans around the world, namely for titles such as the Aleste series (GG Aleste aka Power Strike in the west, MUSHA, Dennin Aleste, etc.), Ghostbusters, Shadowrun, Borderline, the R-Type port, and the notorious Madou Monogatari, and its widely known popular puzzle spinoff series Puyo Puyo.

Niitani, a graduate from the Hiroshima University Science Faculty, founded COMPILE Kyobashi-cho alone in 1982, after developing magazine information software for the Hiroshima Railway Company. In the beginning he did game development entirely alone, his first releases were for MSX as a platform with titles such as N-SUB and Billiard Pool. It was until 1983, after releasing “BEE & FLOWER” when his company name abandoned the suffix and became just COMPILE. 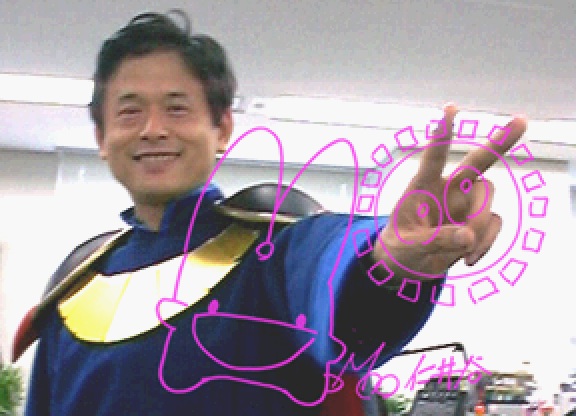 Around 1985 – 86, Niitani / Compile became good at developing shooting games, ZANAC was released for the MSX, and they became subcontracted by SEGA to port some games and develop others to their consoles. But it was until 1989 that his company made a big leap, it all began when they released an RPG dungeon crawler series that simulated 3D graphics with sprites, the title, of course, is Madou Monogatari. The Madou Monogatari series sold well, it had MSX, NEC PC-9801, and Mega Drive versions, it had 3 games in the beginning, but the most important part is that the characters and the myths featured in these titles spawned what later became COMPILE’s biggest success, biggest source of income, and most notorious title: The Puyo Puyo series.

COMPILE released the 1st Puyo Puyo title in October 25th 1991, as part of Tokuma Shoten’s Famimaga for BASIC Computers magazine with releases for MSX2 and the Nin**** Fam**** Disc System.

On a recent interview (Oct 22nd, 2015) for TV Tokyo (later with excerpts documented in text by Livedoor News) dedicated to Niitani, he was heavily questioned about if Puyo Puyo was a Dr. Ma*** ripoff, to which he replied that Tetris and Dr. Ma*** were part of the inspiration since they were eager to compete on that puzzle market, those type of games were making a lot of money for the Ga** Bo* in that time period. The idea came from one of his employees who suggested a type of Domino were once 4 of the same kind get together they’ll disappear. Niitani realized this would deliver conflict as a Dr. “Plumber” ripoff so he decided to add the Madou Monogatari characters, which he owned, and release the game on the Nin**** Fam**** Disc System, right under the Kyoto based game publisher’s nose so that they wouldn’t suspect anything since the release was happening on a dying system. The gamble paid out since those guys were in the same spot the W** U is today, begging for games, so they looked the other way, and let Puyo Puyo be.

The title made quite a noise that year, with 1.8 million for the first 2 versions. But it was until SEGA teamed up with them, scheduling an arcade release (SEGA System C2) for 1992, when things started to turn wild for both Niitani and COMPILE… as they started to report annual profits over 10 billion yen. The puzzle game made quite an impact on the market. Part of the SEGA x COMPILE arcade success was that Puyo Puyo had a versus feature, which Tetris and Dr. “Plumber” didn’t have, so it made the title on pair with the likes of Street Fighter II, allowing players to challenge each other for the ultimate puzzle nerd supremacy. The graphics and animations had an important role in the game’s success too, the Madou Monogatari characters (Arle Nadja, Satan, Carbuncle, etc.), made the gameplay lively for the users while Tetris was not that visually appealing.

While in America, Puyo Puyo Arcade arrived with some censorship, due to some character names like Satan. Fearing the paranoic religious nature of some US consumers and trying to make the IP appealing to them, SEGA of America decided to make more changes for the localized port on the SEGA Genesis adding Sonic the Hedgehog characters, that’s right, what you once knew as “Dr. Robotnik’s  Mean Bean Machine” is Puyo at heart in reality.

THEN…. WHAT WENT WRONG?

Then… if everything was “Pure Golden Puyo Opulence” on that era, why is COMPILE gone and Niitani living in an apartment with part time jobs as TV Tokyo portrayed this week? What went wrong? The answer is something we see pretty often as SEGA fans: bad management and bad decisions…

So, COMPILE started to roughly milk the Puyos for 6 years, they expanded their biz in South Korea, made excessive advertising expenditures, and as they were having more and more employees, the company started to have a huge debt on salaries alone, which caused their “Puyo Dungeon” SEGA Saturn title to be delayed a year, resulting in a big financial blow for the company in 1998. They ended declaring bankruptcy.

To pay part of their huge debt, Niitani pawned the Puyo Puyo rights to SEGA, promising to repay to get them back. Of course, that never happened, as Niitani ended with a 700 million yen debt in credits trying to get COMPILE running again. So SEGA ended with the whole Puyo Puyo IP rights until today.

DID COMPILE MAKE A COMEBACK?

Then, the story turns as most of us already know: they tried to release other puzzle games for Taito and Bandai Namco but they never took off as Puyo Puyo. Then Aiki was founded, but disappeared shortly after along with D4 Entertainment inheriting their rights… which leads to the founding of what today is COMPILE Heart in 2006. Niitani Masamitsu joined COMPILE Heart but was quickly removed from the company after a year… though COMPILE Heart doesn’t rely solely on Neptunia games today, but lots of RPG titles.

Puyo Puyo series have been published for 24 years (yes, as old as Sonic!), leaving a legacy of over 40 titles, on more than 30 platforms, with at least 2 titles per SEGA console since the Mega Drive era. In fact, Puyo Puyo Fever on the Dreamcast was the last title to be officially published by SEGA on any of their consoles.

Niitani Masamitsu still programs games on a PC, hoping one day to deliver another puzzle hit like Puyo Puyo. His last game to date was NyokiNyoki. 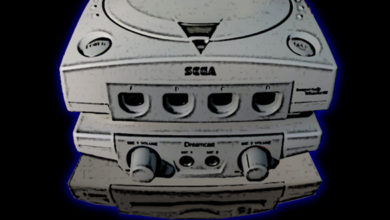 Could add-on peripherals have increased the Dreamcast’s power?