Japanese figure manufacturer, Volks Inc., has launched a new Valkyria Chronicles Selvaria Bles 1:4 scale Charagumin figure. Charagumins are a special Volks Inc line that is basically big gashapon-like figures / model kit, you assemble them, almost ready to go. But don’t worry if you are not an expert in painting, fortunately Charagumin makes the plastic parts already on the color they should be, so you just have to assemble and paint small details, they even come with a set of eyes so you can use the face looking to where you want to (see the Charagumin assembly instructions example here).

Anyway, this is the 9th model they have released so far for this popular SEGA tactic RPG franchise, if you want to look at the Puyo Puyo Charagumins and other SEGA Characters like Sakura Shinguji, you can do so on a post we did long ago here.

The new Selvaria 1:4 scale Charagumin is 45cm tall, was sculptured by Zoukei-mura, and can be acquired at the Charagumin site for a price of  54,000 yen + shipping (yes, they ship worldwide). 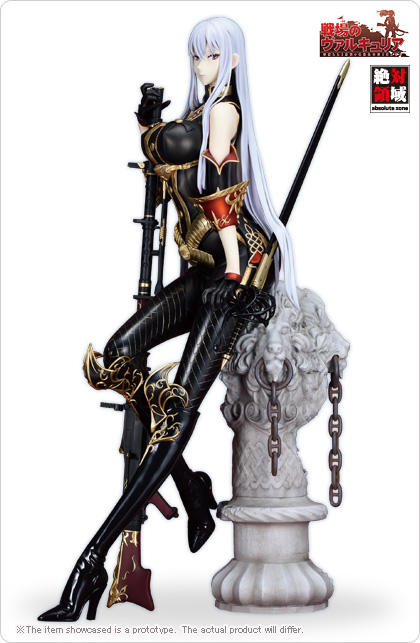