Atlus USA has announced today that Lancarse’s upcoming PlayStation 3 and Vita RPG Lost Dimension will release in North America on July 28 with $20 worth of free DLC for two weeks post-launch.

The free DLC will include: 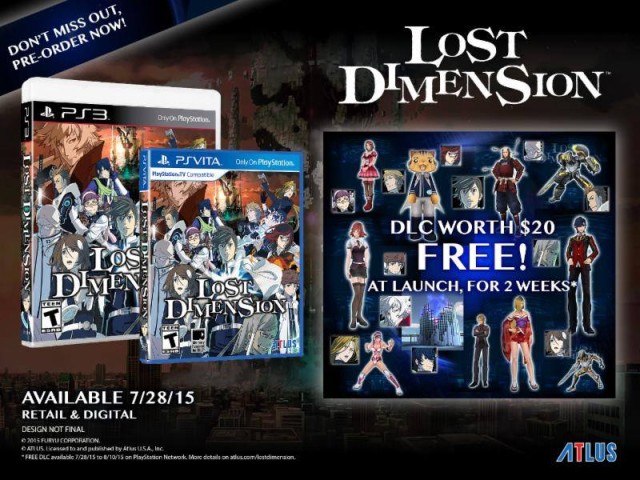 According to Siliconera, the three DLC quests will add an extra mission on each floor, and completing them with an S-Rank will grant players with a special item that gives bonuses to characters.

There’s still no official word on when to expect Lost Dimension in Europe. Sorry fellas.