SEGA has teamed up with the Humble Bundle, the online service which offers bundled game packages and gamers pay what they want for the privilege. The added bonus is that your money also goes towards different charities – so you get that warm fuzzy feeling of doing something good, while you play some awesome games – which is a pretty sweet deal for everyone.

Those are some pretty damn sexy games, but if you pay more than the (not so) whopping price of $3.67 then you will also receive: Empire: Total War and Company of Heroes 2 – The Western Front Armies: Oberkommando West. Plus apparently more games are yet to be announced. 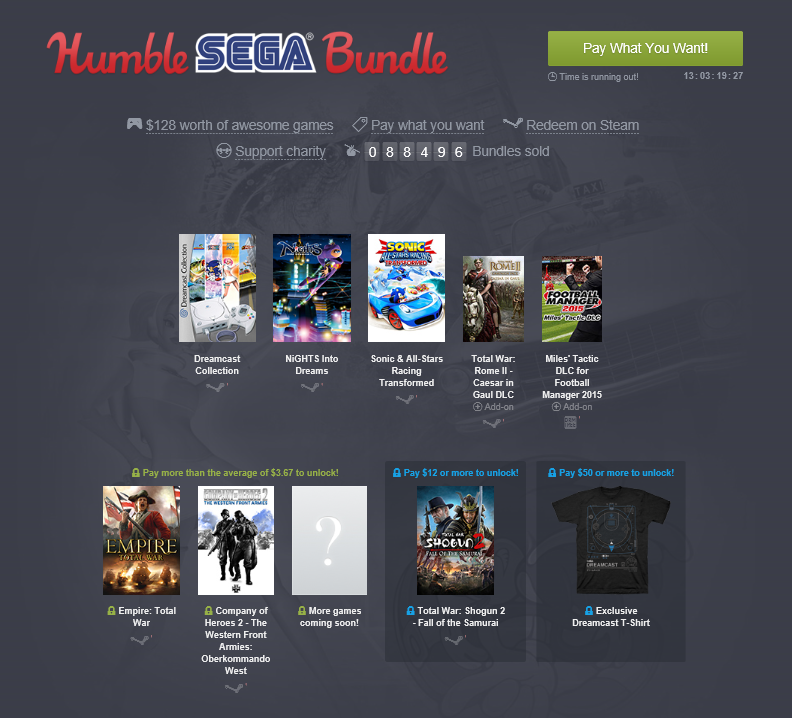 So what are you waiting for? Pay some money, help some charities and get more than $128-worth of awesome SEGA games!

Note: All games are Steam-based and Windows PC compatible only.