Back in the ’90s, the Disney brand was a sign of quality. Not only were the animated features really hitting their stride with popular releases such as The Lion King, but their electronic games division was showing up the competition one title after another. Working with developers such as Virgin Interactive and Capcom, 8-bit and 16-bit video game re-imaginings of their most popular animated hits were going down a storm in the living room. Even to this day, lots of different retro Disney titles are still played and loved by many. Various attempts at capturing previous glory have been made in recent years, but nothing comes close to the likes of The Jungle Book and Aladdin.

But of course, what is Disney without Mickey Mouse?

The cheerful rodent has made his way onto many video game systems, with platforming, puzzle and even educational titles under his belt. During the early ’90s, it was perhaps on SEGA where he found his home, with many highly received Mickey titles being exclusive to the Master System, Game Gear and Genesis systems. It all started with the Illusion series, the first title released on the SEGA Genesis and Master System in 1990. Directed by Emiko Yamamoto and developed by the AM7 division, Castle of Illusion saw our big eared hero storming a mysterious castle in an attempt to defeat the wicked witch Mizrabel and rescue his sweetheart, Minnie.

Players take control of Mickey as they guide him through six colourful and unique worlds. The gameplay is simple but challenging, with players making their way from the left side of the screen to the right, dodging enemies and navigating across deadly chasms and tricky traps.

Mickey can defeat foes through three methods of attack. Firstly, there is a move we like to call the “butt stomp.” This is done by pressing the jump button once, and then again while in the air. Mickey falls down with his rear at the forefront of battle, squashing those unfortunate enough to be beneath him. Secondly, objects such as apples and marbles can be collected and thrown at foes. This projectile attack is exclusive to the Genesis version of the game. Lastly, exclusive to the Master System version, players can pick up objects such as barrels and blocks and hurl them at enemies. This mechanic was later re-used in Land of Illusion.

The presentation is top notch for an 8-bit title, with impressive amounts of colour and animation. Mickey is constantly moving. Even when standing idle, he’s swaying back and forth, tapping his foot or moving his tail. The helps give the energetic mouse plenty of life, which is something Disney are very good at doing in their own animations.

Boss sprites are huge and although they present little challenge offering only predictable attack patterns, you can’t help but marvel at how they fill up the screen. There are plenty of smaller details too. Mickey has a unique sprite for standing on upward and downward slopes. This is quite quirky and unusual, as most games simply tend to rotate the standard idle sprite. Not only was this a nice little detail to be added in the first place, but the fact it was also kept for the Master System version is very impressive.

The game includes two difficulty modes; Practise and Normal. Practise is an extremely short mode, with only three stages playable. Each one is a heavily chopped down version of the forest, toy box and sweet worlds found in the main game. The final boss of Practise mode is particularly funny, as Mizrabel simply gives up Minnie in exchange for three gems at no quarrel. It may seem redundant as it can be completed in under five minutes, but it actually acts as a nice easy introduction to the game for younger players. Normal mode can become quite the challenge, with some difficult platforming sections and enemies that respawn after going off-screen. Hidden health upgrades can aid you on your journey, but deaths may still be frequent as you become bombarded by enemies or fall into bottomless pits.

The difficulty is certainly a positive thing though, as the extra challenge is what helps make this title so compelling. The eerie atmosphere of the castle helps create a distinct Disney feel and the varied stage locations keep things interesting. As with the Genesis version, Castle of Illusion on the Master System was rated highly by critics at release, and it still stands the test of time to be an enjoyable distraction today.

So, how does the Master System fare when put side-by-side with the Genesis version? Obvious technical limitations with the older hardware meant that the same amount of detail could not be achieved for the graphics of the 8-bit version of Castle of Illusion, but gameplay and content remained very similar. While you wont see gimmicks such as swinging on vines or bouncing off transparent ghosts, you’ll still be able to navigate through all six of the main worlds found in the Genesis version, each revamped to make use of the exclusive carry and throw mechanic.

One thing that certainly stands out as comparable to the Genesis version would be the music. All of the cheerful, memorable tunes from the 16-bit version can be found in the 8-bit version. The lower quality instrument sounds doesn’t stop the stage music from being extremely catchy and it’s highly likely they will become stuck in your head for many hours after you finish playing.

Much like on the Genesis, the Master System version includes many hidden secrets. While they may not be as elaborate as the ones possessed by its bigger brother, many hidden treasures chests and bonus coins are scattered around stages in the 8-bit version for players to hunt down. Add to this a score that totals up over the course of the game and its about as re-playable as any other platforming title from the early nineties!

Castle of Illusion for the SEGA Master System is a very high quality port, and it fares well when compared to the Genesis version. The tweaked level design makes good use of the exclusive carry/throw mechanic, and the game presents just enough challenge to keep players on their toes. While certainly not the greatest Disney title on 8-bit hardware, it comes close as one of the best Mickey Mouse video games to date. I would recommend any retro Disney or SEGA Nerd to pick this up even if you have played the Genesis title previously.

The Game Gear conversion is more or less exactly the same as the Master System release, simply running at a smaller resolution. Having the opportunity to play this title on the go is definitely something you will not want to pass up on, making the portable version a must buy for any Game Gear owner. With any luck, SEGA may even bring this version to the Nintendo 3DS eShop as part of their Game Gear Virtual Console line up at some point in the future.

If you want to see how the recent 2013 remake release of Castle of Illusion stacks up to the rest, you can check our SEGA Nerds written review right here. 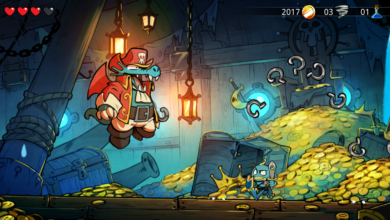 You can switch between retro and modern graphics in Wonder Boy: The Dragon’s Trap