[With the recent news that Christian “Taxman” Whitehead will be handling an updated port of the original Sonic the Hedgehog for mobile devices, we thought it would be relevant to revisit his first official Sega collaboration: the superb port of Sonic CD that was released at the end of 2011. Enjoy this retro review, which was originally posted on one of Nathan’s personal project sites, Discless.]

Sonic CD is my least favorite of the Genesis-era 2D Sonic games. I always preferred the speedier pace and flow of Sonic the Hedgehog 2, 3 and Knuckles, as well as the relatively muted, warmer color palettes of those games. The denser and chaotic design of Sonic CD‘s zones demands more precise platforming prowess that at times results in a ponderously paced game, at least when compared to the canon entries of the series.

Despite this, the recent re-release of Sonic CD (on PSN, XBLA, Steam, iOS, Android, and Windows Phone) is the most fun I’ve had with the speedy spinster since the Dreamcast, though this isn’t the first time I’ve played Sonic CD legally and officially on a computer. It was originally ported to Windows in 1996, and was Sonic’s official debut on the home computer. (This was a big deal at a time before the poor blue bugger had been prostituted out to practically every device and platform with a microprocessor inside it.) I recall my brother and I buying the 1996 CD-ROM game with some hard-earned allowance money at an Office Depot during one of our mother’s regular business-related trips to the store. It was probably both the first and last time I was ever excited to go to that depressing place.

I had never played the game before the first PC version, since we didn’t have a Sega CD. While I never did grow to like Sonic CD as much as the other Sonic games I’d played on the Genesis – which is not very unexpected considering the combined Sonic 3 & Knuckles is easily one of my favorite platformers ever – I never regretted buying Sonic CD for Windows, and the game’s box probably still lives in a bigger box full of other fellow game boxes somewhere in my parents’ garage. I loved the soundtrack – the American version, as I wasn’t even aware of the Japanese version until years later – but I did not like the static spin dash that couldn’t be “charged up” by mashing on the jump button. (My dad’s computer’s poor space bar took the abuse for this game and many others.) I also didn’t like the conceptually cool but mechanically cumbersome time-traveling mechanic, and I disliked the “three-dimensional” special stages, which paled next to those found in Sonic 2 and 3.

I don’t remember if I ever did obtain all the Time Stones or all the Robotnik machines in the past timeline, although I distinctly remember finding the animated FMVs for the intro and both endings on the disc and watching them repeatedly. In the years since, I haven’t given Sonic CD much thought after it was eventually uninstalled, or lost in an OS reinstall, or whatever its fate ended up being.

So kind of Sega, then, to re-re-release this game on almost every modern platform imaginable and to lurch it suddenly to the forefront of my adolescent gaming memories. Sega’s ports of other classic games have thus far been disappointing affairs mired in ugly menu presentation and shabby emulation. (Of the Genesis? Today? Really?) How fortunate it is that Sega allowed the multi-talented Australian bloke Christian Whitehead to craft this adoring love letter to this rough gem of a game.

As I said at the beginning of this post, Sonic CD is my least favorite of the Genesis 2D Sonic games, and easily at that. The level design is very busy and ofttimes downright contradictory to speedy gameplay. Indeed, bothering to hunt down Dr. Robotnik’s Marvelous MacGuffins is an exercise in annoyance that slows the game down even more. The time traveling mechanic, while interesting in concept, only serves to hinder you further, and there’s really no reason to visit the future aside from curiosity. Collecting the Time Stones, the other method for attaining the “good ending,” is comparatively frustrating as the special stages can become quite difficult both to enter and clear. Either way you decide to approach it, getting the good ending will likely require quite a bit of save scumming, since beating the game does not allow you to revisit old stages to rescue the future on your save file.

While the game itself might be somewhat rough around the edges, Mr. Whitehead’s love letter is anything but. The menus are super slick, multiple save files are supported, and the Steam version runs in almost any resolution you could desire, windowed or full-screen (though you do have to awkwardly launch an external tool to change these options). There are three different settings for filtering the graphics, two of which are provided in case you’re a philistine and happen to hate pixels. The “sharp” and “smooth” options both look like warm vomit expelled directly onto your monitor at such a velocity that its blurry splotches spatter across your face. “Nostalgia” proudly flaunts its serrated corners and is the selection of true scholars and gentlemen (and gentlewomen), and if you choose anything else you are literally worse than a serial murderer. This option is stupidly not set by default, so make sure and switch to “nostalgia” immediately. I’ve included full-size screenshots below so you can see the difference between the three modes for yourself.

On top of running and feeling like a modern PC game, Mr. Whitehead deemed it worthwhile to add Tails as a playable character, only available after beating the game once as Sonic. You can also change to the Sonic 2 style of spin-dashing and mash buttons to your heart’s content. Brilliant!

In spite of these excellent additions, possibly the best part is that Sega was amazingly able to work out whatever licensing issues were required to include both the Japanese and American soundtracks in this release, which you can switch between at any time on the main menu. (It should be noted that they weren’t able to work out every single licensing issue, which means that the Japanese vocal songs are remixed sans lyrics. No toot tooting for this Sonic warrior, sadly.) I played through the game with the Japanese soundtrack for the first time and definitely enjoyed the experience. The Japanese soundtrack feels more thematically cohesive, since the songs for the past timeline were composed specifically for the Japanese soundtrack and weren’t replaced in the American version. That said, I do like both versions of the soundtrack about equally.

This release of Sonic CD is a revelation: the revelation that modern ports of classic games don’t have to merely settle for ROMs thrown slipshod into a subpar emulator, but can ascend – nay, soar – to loftier heights. The two versions I tried, Steam and iOS, both run fantastically and nothing is lost in the translation to either platform. I imagine the other versions glimmer similarly. At a paltry $5 on all platforms, Sega seems to be making all the right decisions with Sonic CD, and I hope they continue this trend with future games. This release is an essential experience not just for fans of the game or series, but also for anyone who’s played a 2D platformer and liked it. 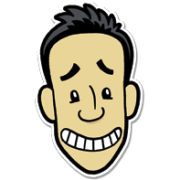 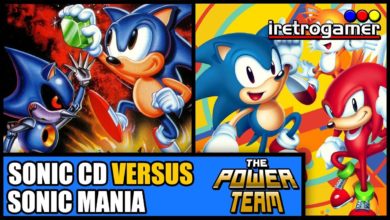 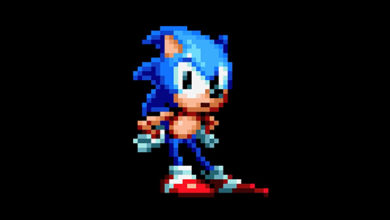 PC players: How to avoid Sonic Mania spoilers until the 29th 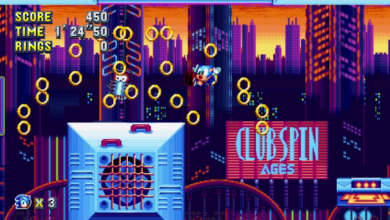