I was a lucky kid. What more can I say?

I am 10 years old. My dad and I are filming a home movie all about the SEGA Master System. Never in my wildest dreams would I imagine that anyone outside our family would want to see this. I’m obviously a SEGA-obsessed child, but on closer examination, it’s my father who has the true gaming spirit.

He was the original gamer. In 1978, his sister and brother in-law purchased an Atari 2600. They were all in their 20s at the time, but there was something so mesmerizing about a video computer game. My dad, with his imagination and background in film-making, couldn’t get enough. There was something magical about the bleeps and bloops of that old retro-gaming age.

When I was born and came of age, my dad didn’t hesitate to introduce me to video games. In fact, the first game I ever played was Space Harrier at a movie theater in 1988 (at the age of 2) after sitting through the cartoon opening of Who Framed Roger Rabbit! It wasn’t long before I was a true “SEGA” blue gamer.

As you’ll see and hear in this video (from SegaMasterSystem.com), my dad’s enthusiasm for gaming clearly fueled my love of the hobby. Making videos like this one at such an early age helped captivate my imagination and passion for retro gaming. My contributions within the community and my continued love of all things retro would not be if not for my dad. I miss him dearly, but his love of gaming, and more importantly, me is still being shared. 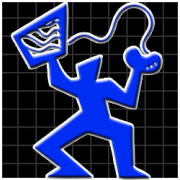 Tyler Esposito is the content creator and founder of SegaMasterSystem.com. Although he loves creating retro Sega videos, he has directed a number of music videos and works full time in video production. A lifelong SEGA Nerd, his nerdiness knows no bounds.

Xenocider for Dreamcast is now available for pre-order

The devs behind Dreamcast game Xenocider revealed a new stage