There seems to be some interesting news coming out of Japan. Recently Index Holdings, the parent company to Atlus has been in some serious financial difficulties and has effectively filed for bankruptcy.

The company has said it is looking to sell of its assets, one of which is the game development studio, Atlus, which it bought out in 2006.

Now Bloomberg Japan has reported that 20 companies are interested in buying Atlus from Index and the one company mentioned by name is SEGA. Now this could mean that perhaps SEGA is the best known company in the running, or that it is in the lead regarding bids… or maybe it means nothing and that was just the only company named (which is a bit weird).

According to the report bids have climbed as high as 20 billion yen(!), or $201 million, £132 million, €151 million. The crazy thing is that Bloomberg is reporting that this figure is 15 billion yen higher than Index previously estimated.

SEGA recently had success when it bought Relic Entertainment from THQ – but could our favourite company strike gold twice? I guess we’ll just have to wait and see what happens with this.

It would be interesting to see what SEGA would do if they do happen to buy them out. Could we see a Fire Emblem game with a SEGA logo plastered all over it? Only time will tell!

What dso you think? Would it be a good move from SEGA to buy Atlus?

[Source: Bloomberg, via Destructoid and NintendoLife] 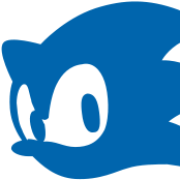