When I was younger, I was what you would call an “arcade rat.” I used to hang around my local arcade and play all of the newest machines as soon as they were released. That was one of the greatest things about living on the west coast. When new games came out, we would be one of the first to play. Unfortunately, this has gone away over time and some of my favorites are closing down or have closed down. That is another story though I will save for another time. One day in 1994, I walked into my favorite arcade and I heard one of the catchiest songs ever. It was the opening theme for Daytona USA.

As any arcade gamer would know, an arcade game has a very small window of time to grab your attention. If you stop to look at the game, you have about 5 second to decide if you want to give it a shot or walk on by to the next game. This is the reason for an attract mode. Its main point is to call you over to the game with a catchy tune. Numerous titles have had successful attract songs. Street Fighter 2, Mortal Kombat, and even Super Hang-On had good attract. Sega nailed it with Daytona USA.

The key to having a knock out composer for a game is to find one that fits the style of your game. In 1990, Sega found that style in Takenobu Mitsuyoshi. He was also able to join the S.S.T. (Sega Sound Team) through that hire. The S.S.T. was a live band who made the music for most of Sega’s arcade games. While they were responsible for some truly awesome soundtracks, I find it tough to say any of them matched the pure energy that Daytona’s soundtrack had. Takenobu’s voice is what drove the attract theme and others. He would later go on to compose for games including Virtua Fighter 2, Manx TT Superbike, and of course Shenmue.

After wandering through the arcade, I turned the corner and saw something I had never seen before. That attract music (also the music for the Dinosaur Canyon track) that was coming out of a cabinet that was a pretty new design to me. It was not just a normal sit down racer that we had seen before, this was a whole car you sat in. The last time I remember something this cool was the cabinet for Rad Mobile and that was because it moved. After seeing the seat, I decided to pop in a couple quarters and give it a shot.

Once I put in my coins I was ready to go. It was time to pick my track, pick my gear box and wait patiently for the other player on the linked machine to get going. Then all of a sudden, “Gentlemen. Start your engines.” I was excited. I mean who wouldn’t be? All this buildup and I hadn’t even touched the gas pedal yet. The first actual track I got to hear from the game was “The King of Speed”. Some will know it as “Rolling Start” because is mostly what you hear while playing it. This is from Three Seven Speedway, the beginner track. It wasn’t overpowering, but it still kept up the energy throughout the race.

Dinosaur Canyon, as previously stated, is also the attract music so I don’t need to get real deep into that. It is a great piece of music that is good enough to be heard twice. For track music, that leaves Seaside Street Galaxy. It isn’t my favorite and the weakest on the soundtrack as a whole. However, that is my opinion. Some people love it.  The track is called “Sky High”. It’s a bit more mellow and perhaps fits the seaside track environment. It rounds out the music nicely.

Daytona USA is a game that holds up very well over the years. We are 20 years out from it’s release and it is still and arcade gem. It has been released numerous times in various forms. It has seen release on the Sega Saturn, Sega Dreamcast, and it also had a follow arcade title a five years later. In 2011, the Daytona USA was released on the Playstation Network and XBLA. This was the full package and included a special karaoke mode. To close out this feature, I will leave you with a special gift. This was a part of a promotional Sega video for the re-release. If you want to see Takenobu’s singing and driving skills, you can see the full video here.

Until next time, I hope you enjoyed this and please comment below if there is a game you would like to see featured. 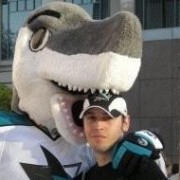 Sega and Virtual Reality Casino Games: A Look at the Future of the Game in the VR Space

Video Games That Will Keep You Home

The Software Developers of Sega: A Look at the Teams Behind the Games

How Sega Was the True Birth of Online Gaming