Dreamcast fans had reason to get excited when video surfaced of the highly-anticipated, yet cancelled Dreamcast horror-adventure game Agartha surfaced for the first time last summer. The game, which was developed by French developer No Cliché, was shown in playable form after it was found in a bundle of GD-ROMs that was bought on eBay.

Now, it appears that Laurent C., who has many Dreamcast prototypes in the past, has come into possession of the Agartha code and plans to release it online on Jan. 15. We’re not quite sure how much of the game is playable at this time, however, but we’ve been told that Frederick Raynal, the former director of No Cliché, is involved in some form with this release.

Here’s a synopsis of the game courtesy of Unseen64: During the winter of 1929 in a Romanian village that was partially destroyed by a landslide that occurred during a mysterious earthquake, a subterranean city exists called Agartha. This is where evil is being kept prisoner and is desperate to escape. Kirk the human hero will encounter a series of characters from villages, the living dead, fanatics from an evil sect, monsters, demons, solider monks, priests, archangels and the Sentinel who is the ultimate personification of evil. As Kirk you can decide to save as many innocent people as possible or to trigger the arrival of chaos on earth. As Kirk’s morals waver between good and evil, this ambiguity changes the aims of the adventure and the narration of the story.

Like many Dreamcast games in development in 2001, it was cancelled after SEGA announced it was discontinuing production of the system, and No Cliché soon went out of business altogether. We’re really excited to learn more about what state of completion this release of Agartha is in and can’t wait to get our hands on it! 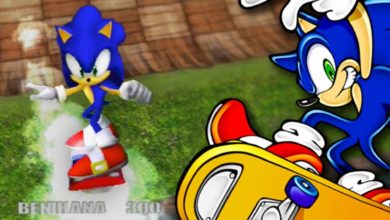 Check out the new details of the scrapped Sonic Extreme 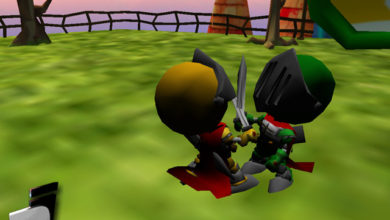 Let’s take a look at the canceled Dreamcast game Knights