Ghost Blade HD is an excellent update of a solid shooter that offers a lot of fun for the price of entry, although some minor niggles stop it short of greatness.

While the Saturn may be the undisputed king of shooters, shmups, bullet hell games or whatever you want to call them, its successor is no slouch in that department either. Indeed, the Dreamcast is home to many notable examples of its own, some of which were spawned by the indie scene long after the console’s official discontinuation.

Hucast Games is one of the most well known independent Dreamcast developers, and certainly no strangers to the genre in question either, cutting their chops on the Dux/Redux series. One of their most recent offerings, Ghost Blade, released on the Dreamcast in 2015, to a broadly positive reception.

As much as we love the Dreamcast, we’ll concede its market for new games is about as niche as you can get, so seeking to migrate successful projects to modern, more lucrative platforms is understandable, and there’s certainly an established precedent for it. Thus, Ghost Blade’s HD port for PS4, Xbox One, Wii U and PC sees it spruced up and re-submitted for mainstream approval; so much so that Hucast’s website makes little mention of its relatively humble origins.

To be fair, if we didn’t know better, we probably wouldn’t have been able to tell that Ghost Blade HD started life on far less capable hardware, as its high-res 2D artwork can stand to-to-toe with any current gen offering, and gameplay blazes along at an utterly unshakable 60 fps (something which cannot be said of the Dreamcast original). Puritans may prefer the more pixelated look of yesteryear’s genre alumni, but we think the game looks pretty spiffy overall. A shame, then, that the soundtrack is merely adequate, with throbs and warbles in all the right places but nothing to make it truly noteworthy.

There’s little in the way of a tutorial here, but Ghost Blade HD sticks rigidly enough to established conventions so as to render such concerns moot. Other than dodging hazards and deciding when to deploy the obligatory screen-clearing bombs, your key consideration is when to switch between normal and focus fire modes. Broadly speaking, normal fire mode spreads your damage-dealing potential quite widely accoss the screen, whereas focus packs it into a dense stream directly in front of you. It’s worth noting that there’s further variance between the three ships you have to choose from before starting the game. You’ll also notice that each comes with its own accompanying scantily clad lady, because why not.

Ghost Blade HD boasts a steep learning curve on Normal difficulty and above, whereas Easy should be passable by even the most ham-fisted trigger happy wannabe after a couple of tries. While it stops short of emulating the genre’s worst excesses, you can still rightfully expect to be ducking and weaving through elaborate spirographs of candy coloured projectiles. The best strategy is often to focus your attention entirely on evading hazards while having one or the other of your fire modes engaged constantly. After all, there’s no ammo to worry about and targets are so numerous and/or large that you’re bound to hit something worthwhile.

If you prefer a more precise approach, however, rest assured that using one of your bombs or destroying the source of said projectiles will clear or turn them into collectables, giving you an out in all but the tightest squeezes.

Running time is pretty short, with only five levels on offer, but this is par for the course for many shooters. The replay value here comes not only from chasing high scores but also from the sheer joy of cutting through reems and reems of enemies like a hot knife through butter, enjoying the fireworks as you go.

Our only real qualms are with some annoying UI quirks, such as not being able to back out of the Ship Select screen and being forced to type an alias (scrolling through letters manually, no less) into a local scoreboard after every qualifying run. The latter seems utterly redundant in a world of mandatory usernames and relatively scarce local multiplayer.

In its original Dreamcast incarnation, Ghost Blade was a labour of love which addressed a very tiny market and commanded a price tag that reflected both its indie chops and limited capacity to provide Hucast with a return. As such, it would be difficult to recommend to but the most ardent shooter fans or hardcore Dreamcast collectors. Repackaged as an impulse-priced current generation offering, however, Ghost Blade HD offers excellent bang for your buck at $9.99, and much needed front and centre exposure for a type of game that’s been out of the limelight for far too long.

– Only five stages
– Some UI quirks
– Nothing new or revalatory 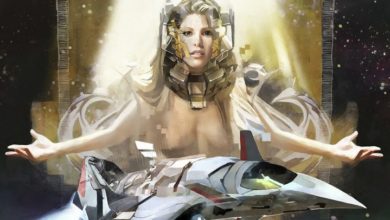 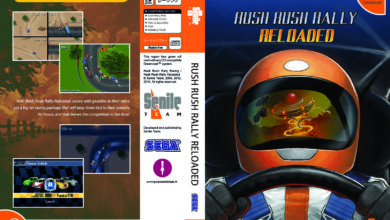 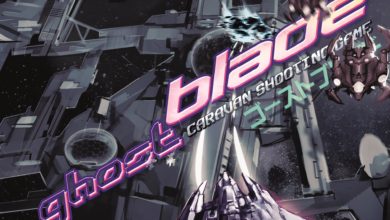 January 26, 2017
Check Also
Close
FOLLOW US
Use code SEGA at checkout to get 30% off EwinRacing gaming chairs