There’s a simple question every longtime Dreamcast fan has pondered every so often – “Would Dreamcast games have looked better graphically if it hadn’t been prematurely discontinued?” Or perhaps you’ve even wondered if the Dreamcast could have possibly ran games like Grand Theft Auto 3 or Need For Speed?

We might never know the answer, but legendary developer Yu Suzuki did say once in an interview that the Dreamcast’s graphics could have gone “twice the level of Shenmue. However, other developers have said the Dreamcast would have problems with ports of those games because its RAM was very limited compared to the other sixth-generation consoles, like the PlayStation 2 and Xbox.

However, a well-known solution used by SEGA in the past could have been used to increase the Dreamcast’s power: add-ons.

Maybe you’re thinking it’s a crazy idea because SEGA had already made big mistakes in the past with others add-ons, like the 32X or SEGA CD, but when you look at the Dreamcast hardware, it’s easy to realize the Dreamcast was made for them in mind.

Some good examples are the Dreamcast Karaoke add-on and the unreleased Dreamcast Zip Drive, both of which attach to the expansion port occupied by the Dreamcast’s modem. So, why couldn’t add-ons have increased the Dreamcast’s power like SEGA did with the Genesis, Sega CD and 32-X? Or what about the Saturn with its extended RAM cartridges?

Of course, this is just a theory, however, if the Dreamcast had had more time, I believe SEGA could have added more RAM, giving way for games like GTA 3 to run gloriously on our beloved 128-bit console.

It’s worth to remember that SEGA had already showed the Dreamcast DVD player. While games on this format were never confirmed, it shows that SEGA was already looking for some solutions to the Dreamcast’s disadvantages. 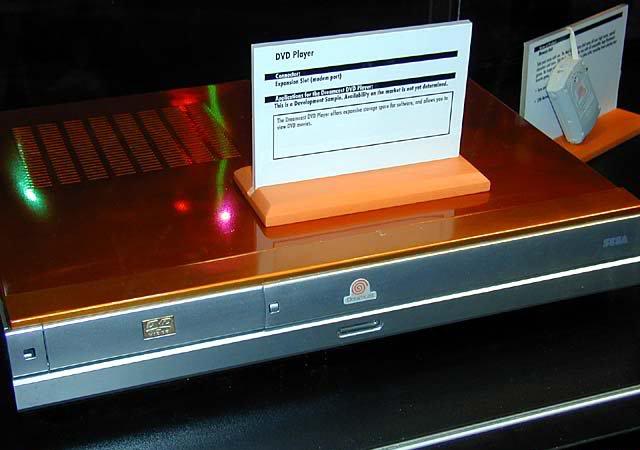 What do you think? Could add-ons have helped the Dreamcast in its war against the PlayStation 2, Xbox and GameCube? Do you think the Dreamcast could have been like the Genesis with different add-ons to increase its power?

We might never know, but we can have some fun with our imagination.