SEGA recently released another survey asking fans about their opinions on an assortment of topics. Some of the questions on the survey ask fans some general questions such as their age and their level of love/hatred for the SEGA brand, while others asked you about your familiarity with the Sonic series and what type of words do you think describes Sonic the best.

Some of the more interesting questions involved your interest in potential crossovers between Sonic the Hedgehog and other series including Dragon Ball Z, Looney Tunes, Adventure Time, My Little Pony, and characters from Nintendo, Capcom, Pixar and Disney. 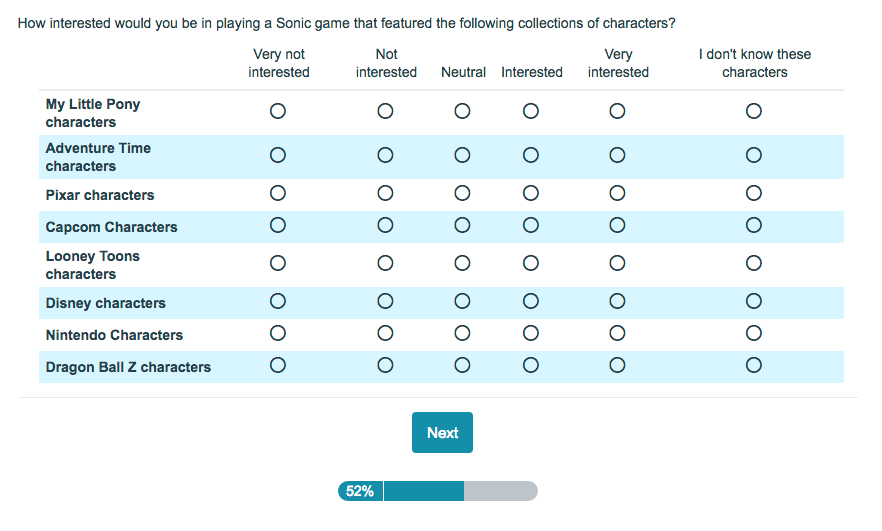 The survey then got a bit more specific, asking fans how open they would be to having non SEGA characters in a Sonic game. The list included such characters as Crash Bandicoot, Ryu, Ratchet and Clank, Mickey Mouse, Link, Pikachu, and Mega Man. You can check out the entire survey in the gallery below. Thanks to Elizabeth Silvas for the screenshots! 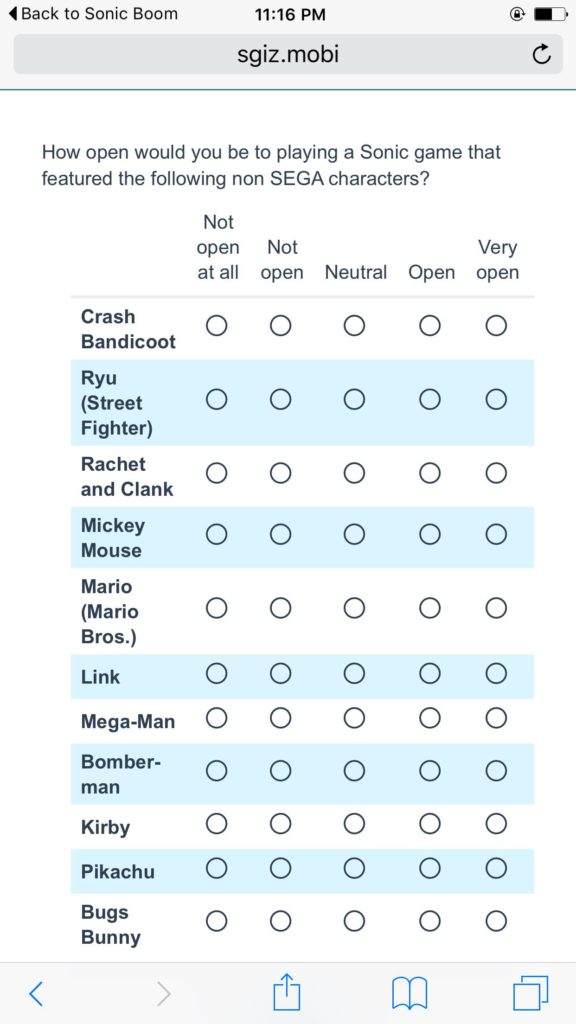