Sonic the Hedgehog’s Twitter account always posts some hilarious tweets that his followers enjoy, but one of the more recent tweets from the blue blur has some people go into full detective mode. Attached to the tweet is a picture of a silhouette of Sonic’s head with Green Hill Zone in the background and a cryptic message that is shown below Sonic’s head.

Along with the picture, it is accompanied by a tweet that says “The key lies with @madeon. Good luck.” The symbols in the picture, which are used on Madeon’s website, translate to the following:

THE SECRET IS INSIDE THE EMPIRE

WE CAN GET IT BACK

THE FATED SON OF DAEDALUS

Each line is related to a track from Madeon’s album. If you add up the number of each track together, you get 41, which many believe that the number is referring to April 1st, 2016. Back in November, Sonic’s Twitter account posted an image of Big the Cat with a picture of that exact date. 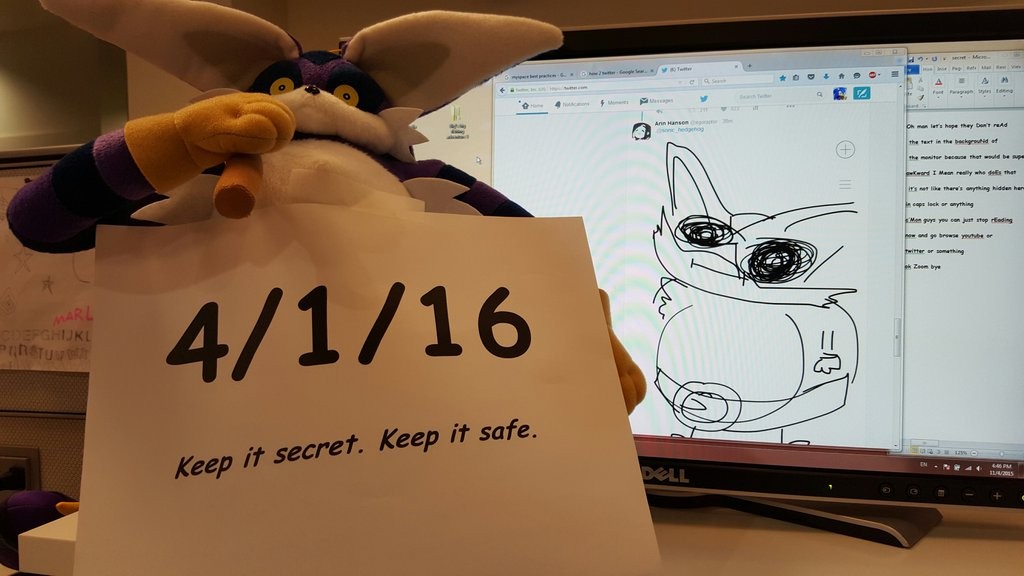 What do you think could be revealed on April 1, 2016 ? Sound off in the comments below!