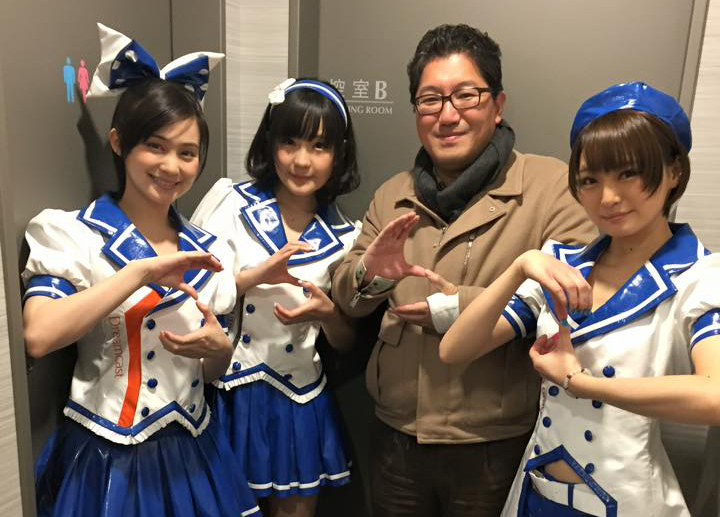 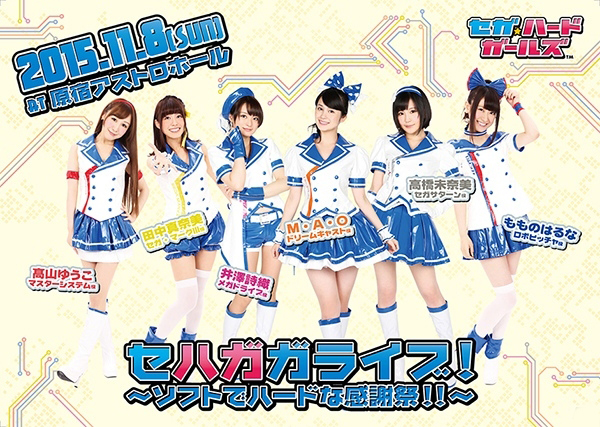 If you happen to be at Tokyo on that date you can get tickets for the concert here for 3,500 yen. SEGA Hard Girls concert will be performed by voice talents M · A · O Ichimichi (as Dreamcast), Takahashi Minami (as Sega Saturn), Shiori Izawa (as Mega Drive), Tanaka Manami (as Sega Mark Ⅲ), Takayama Yuko (as Master System), and Momono Haruna (as Robopitcher). 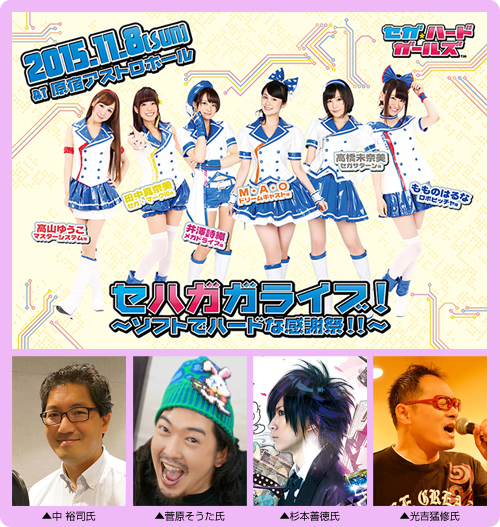 You can take a look at the official flyer below:

What about the merch? Well, SEGA Hard Girls Idols calendar, figures, belt, keystraps, dvds /brs, and concert lights will be available at the venue: