One of the best things about being a SEGA Nerd, especially (let’s be honest) with SEGA’s recent lack-lustre showing of games, is seeing the fans either making new games based on SEGA’s franchises, or creating updates to them.

With the distinct lack of any new PSO titles in the West, plenty of fans have been finding other sources to fuel their Phantasy Star fix and one Reddit user, Glader_OGS, has taken it upon himself (with a few contributors) to try and remake the original Phantasy Star Online but with modern visuals.

Even more exciting, is that Glader_OGS has now released a playable version of the game for everyone to download. 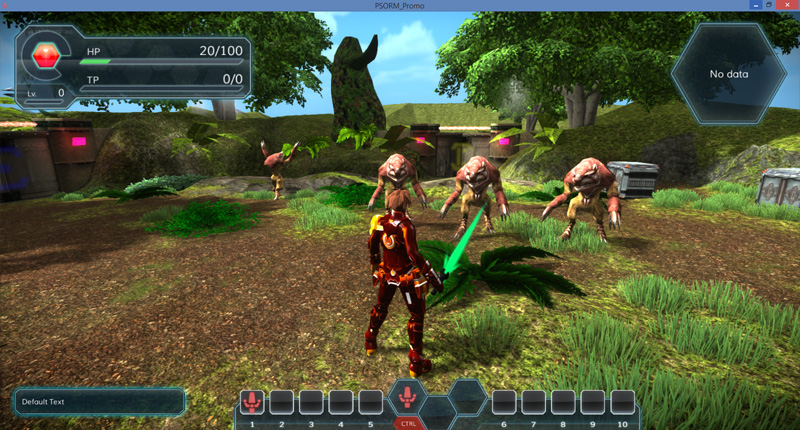 However, while it’s great news for PSO fans, before you get too excited it should be noted that this is very much a prototype/preview demo. The game is full of bugs and is unfinished – which Glader_OGS freely admits:

“Hi guys, Glader here. It’s time we released that demo that was promised so long ago. It has been worked on intermittently over the past couple months. It didn’t turn out to be everything we had hoped and a lot of features got cut and it is technically unfinished. We felt it was best to get it out there though rather than rot as a pile of bits on my PC.

“The idea is that this is just a promotional/proof-of-concept demo of a Phantasy Star Online remake. It answers questions such as “What might a remake look like?” and “Is it possible for a small team?” The answers to both those questions have been answered. We hope this gets other developers excited about the project and potentially encourages them to make some contributions to the project. The end goal, of course, is an extendable community owned PSO project with tools support that unlocks the potential that PSOBB server emulation can never reach due to a closed source client and lack of overall mutability of the game in general.”

But, even for a game that has only had a few months development from a small team, the prototype is looking rather spiffy. The visuals overall are much sharper than the original Dreamcast and PSOBB versions, with higher resolution on some of the scenery, water and objects, shiny hi-def armour and some nice, subtle lighting effects and wind movement in the trees. 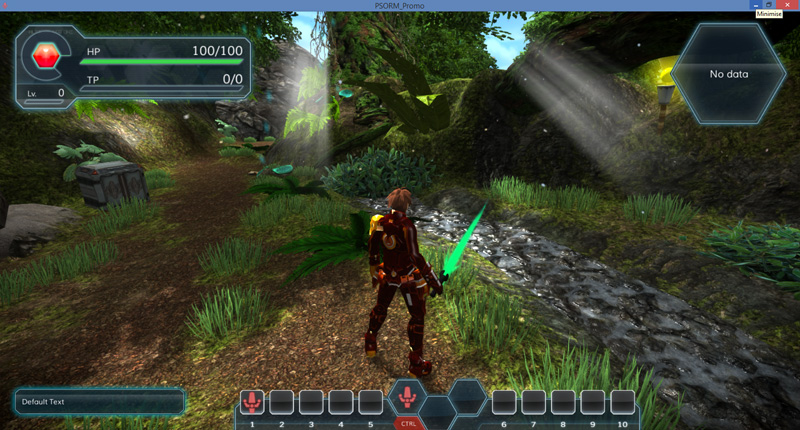 However, the game can be rather jerky on some older systems, (although most modern computers should be able to handle it fine), and not all the animations are finished. Plus it’s quite hard to hit/kill enemies I found, so I imagine the hit-detection isn’t quite there yet.

Also, in case you’re wondering, there is no online/multi-player support. As soon as you start the game you appear in the first area of the first level (the forest) – no character creation or anything too fancy. And you literally only get to play that first area – for anyone who knows PSO well enough: you start in the little area with the warp pipe and then walk up the path to the first open area where several Boomas (weird bear enemies) appear – after killing three waves of them, the demo ends. 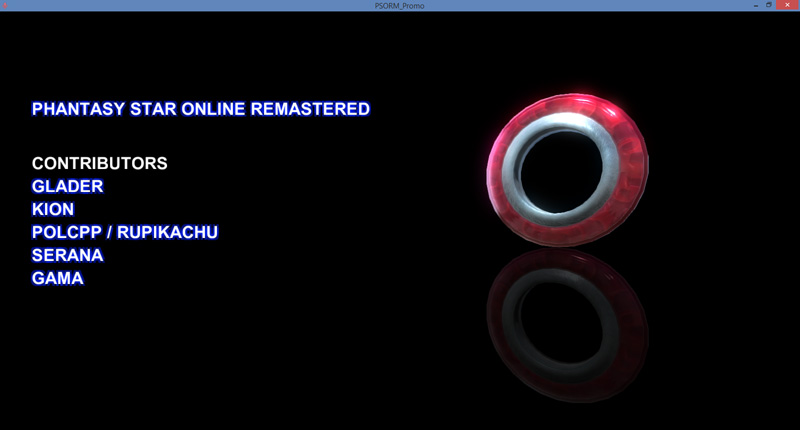 But, as Glader_OGS says – it’s good to see what can potentially be. If he/she(?) can get a big enough team behind it, maybe something beautiful can happen.

If you fancy checking out the game yourself, then head on over to the Reddit post, here.