Hey, Nerds! I’m back with a great new interview this week: none other than the talk of the gaming town, Bayonetta herself.

However, as many of you might recall, things got a bit sultry here in the One on One studio a couple of months ago when I interviewed the SEGA Genesis. So, in order to prevent our guest from being overwhelmed by masculine charms, I’ve decided to take preventative steps. That’s right, folks. Over the last month, I had to become gay. It was a rough journey, but now I’m a verified, bonafide homosexual. Gay pride! Now that you’re all caught up, let’s get on with the interview. Ladies and gentlemen (especially gentlemen…), Bayonetta! Thanks so much for being with us today.

The Requiem: I’m betting this is just one stop on a whirlwind tour of promotion for you, with the release of the new game and all, right?

Bayonetta: Oh, dear me, yes. These past few weeks have been fantastically droll! At least I weaseled out of that Playboy spread thing and convinced Nintendo to get a stand-in. I’m sure you’re well aware of that.

Bayonetta: Gay now? As in you weren’t yesterday, but you are… today?

Bayonetta: So you have no interest in the pretty ladies such as myself then, I take it?

The Requiem: Oh! Are you a woman? I don’t notice that kind of stuff anymore, being gay and all.

Bayonetta: *Sigh!* Very well, I’m curious. How exactly did you achieve your “gaity?”

The Requiem: Oh, you know, I hung out with a bunch of gay people, drank tons of cosmopolitans, and marathoned the entire Will & Grace series… There was no turning back after all that!

Bayonetta: I don’t think that’s how it works…

The Requiem: I’m pretty sure it is, just as my dad repeatedly assured me all throughout my teenage years.

The Requiem: No posh, pish! I’m very sorry to disappoint you, Miss ‘Netta, ’cause I’m gayer than middle school in July.

The Requiem: I’m gayer than valet parking at a shopping mall.

Bayonetta: Do you even know what the word is supposed to mean? So far, you seem to be mistaking “gay” for “retarded.”

The Requiem: Well, somebody has been skipping out on her political correctness classes, throwing around offensive words like retarded…

The Requiem: Let’s lighten things up a bit. Your new haircut. Fabulous! In the first Bayonetta game, your hair doubled as your clothes. Seeing as how this time around in Bayonetta 2, your hair is cut short, what hair is making up your new outfit? I mean, is it the hair coming from your, well, your, uh…

Bayonetta: Such a dirty little mind for someone claiming to have such disinterest!

The Requiem: What? No, you didn’t let me finish. I was going to say, uh, armpits. Yep. We ‘Murricans know that you European chicks are incapable of shaving those pits of yours.

Bayonetta: Clearly you have not played my new game, you cheeky little thing, otherwise you wouldn’t have asked the question.

The Requiem: Yeah, I’m not sure if I should play it because I read a review on another site that made the game seem icky.

The Requiem: How is that name pronounced?

The Requiem: Thanks for clearing that up! Anyway, he described the game as being overly sexual, and that the camera “leered” at you. What do you think about that?

Bayonetta: Let me tell you something, you sad, confused little man, nothing happens in my game unless I expressly want it to happen.

The Requiem: I see. So, most other reviews were extremely positive.

Bayonetta: Of course, darling, because I’m amazing, quite frankly.

The Requiem: Fabulous. Tell us a little bit about the difference between working with Nintendo and SEGA. There had to be a few standout differences. Development, promotions-

The Requiem: Huh…. Not following you, exactly, but what else can you say about any Nintendo vs. SEGA experiences? 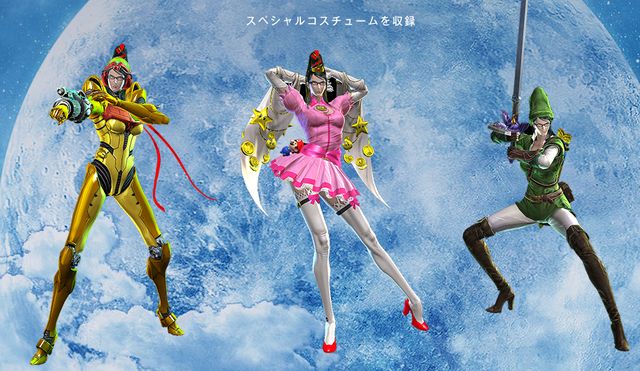 Bayonetta: The Nintendo people were so childish! They treated me like a little girl’s plaything! “Here, put on this pink dress!” “Wear a fox tail!” “Now put on some overalls and a mustache and let’s see where it goes!”

Bayonetta: I assure you, it was anything but.

The Requiem: Did you have a favorite Nintendo-themed outfit, or rather, a least favorite?

Bayonetta: Oh, my, the pink dress. It washes me out, darling. The color does nothing for me.

The Requiem: I hear you, sister! There’s been talk about putting you in Super Smash Bros., but those conversations are dominated by concerns over how your game is marketed to an older crowd. Any thoughts?

Bayonetta: Well, they let Solid Snake in last time around without blinking an eye…

The Requiem: Good point. And just between you and me, girlfriend, he can solid my snake and blink my eye any time he wants, am I right?

Bayonetta: Dear me, you are insufferable!

The Requiem: I’m talking about my penis.

Bayonetta: Oh, by Heaven’s angels… yes. Your subtlety is noted.

The Requiem: I know you’ve got to get going, but I really want to thank you for being here with us. Any parting words?

Bayonetta: I have to admit, in a way it was slightly refreshing to not be incessantly gawked at during an interview, and you’ve managed to maintain this “gay” façade of yours for the interview’s entirety, no matter how bizarre.

Bayonetta: And there it is. So close, darling. So close! 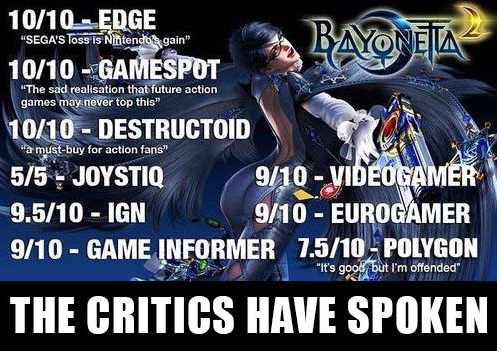