Tonight, members from Yogscast were livestreaming some gameplay from Sonic & All-Stars Racing Transformed to help raise money for charity. During their gameplay, they may have let slip the next downloadable character in the series – none other than the much requested Ryo Hazuki driving an OutRun arcade cabinet on wheels.

As you may know, Yogscast’s HoneyDew was recently made a playable character in the game, so it’s very likely the team there could be privy to a non-public build of the game, which includes unreleased DLC.

The next question, if this is indeed legit, is whether Sumo Digital will add Ryo as a playable character across the spectrum of platforms SASRT is currently on, or just on PC, which it has done with its past few releases. 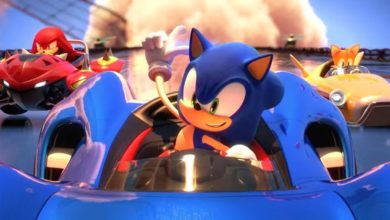 November 19, 2017
Check Also
Close
FOLLOW US
Use code SEGA at checkout to get 30% off EwinRacing gaming chairs