It appears that at some point over the last few years, Backbone Entertainment (the guys that brought up the updated MegaDrive/Genesis titles to XBLA and PSN) were pitching new games to SEGA, in particular a new Streets of Rage and a new ESWAT (a fun Mega Drive/Genesis side scroller).

Arvin Bautista, a former employee at Backbone, has posted up some images on his blog (showcasing pieces of his work) including concept designs for the main characters of the original Streets of Rage – Axel, Blaze and Adam, plus a street punk (to beat up naturally) – and above the artwork is the title “Streets of Rage game pitch art (XBLA, PSN)”.

We literally don’t have any more information than that right now. But I would love to know why SEGA didn’t accept the idea for a new Streets of Rage – because I would love to see that franchise come back to life.

Maybe the ideas or design just wasn’t right? Or, I know that SEGA Japan has some very strict rules surrounding the trademarks/copyrights of its IPs and perhaps SEGA West and backbone couldn’t wrestle the rights from Japan. Who knows? But hopefully we’ll be able to find out at some point. 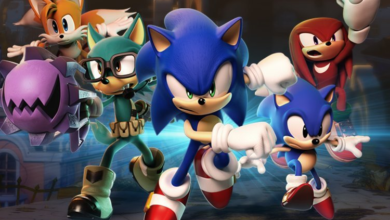