There are only a few days left to register for the SEGA Cup 2013. So if you haven’t signed up yet (and really want to get involved) then you had better head over to the registration page now!

SEGA announced today that there are only 128 slots left and they are said to be filling up fast! Registration closes on April 15th at 11:55 PM Pacific time. There will be no onsite registration.

For those that don’t know what we’re talking about, SEGA Cup 2013 is the first annual SEGA Virtua Fighter tournament, and will be held this year at the Super Arcade in Los Angeles, CA on April 20, 2013.

Gamers will be playing Virtua Fighter 5 Final Showdown on PS3 and if you have a favourite fight stick at home, SEGA says to bring it! There will be $16,000 in prizes given away to the top 16 players on the day, including $3,000 for first place (not bad for a day’s gaming fun).

If you can’t be there in person, SEGA’s partner for the event, Level | Up, will be streaming the event live – so you can still see all the action. 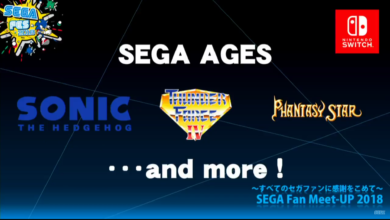