The Mario and Sonic universes are colliding once again to bring you Mario & Sonic at the Rio 2016 Olympic Games. The game will be released for the 3DS on March 18 in North America.

Mario & Sonic have victory in their sights when #MarioSonicRio launches for #3DS on 3/18! pic.twitter.com/XEuBCTYIlW

The Wii U version is said to be released later this year, according to Nintendo.

Besides the available character lineup from both Sonic and Mario universes, various Olympic events will be featured, including 100-meter dash, rhythmic clubs, table tennis, and beach volleyball, among others. 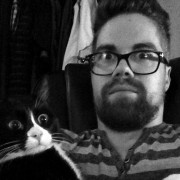