Vector has once again taken on the role of babysitter to a pair of 14-year-old power kinetic creatures from different timelines.

SEGA announced Thursday that Blaze the Cat, Silver the Hedgehog, and Vector the Crocodile have been added to the roster in Team Sonic Racing under the name “Team Vector.”

Sonic and Shadow may have the coolest cars, but Team Vector’s cars are on fleek. Silver’s ride takes after the aesthetic of Tron: Legacy, Vector’s car has teeth that can chew anyone he attempts to tailgate, and Blaze’s car has enough fire and horsepower to outrun even Sonic.

If you think Team Vector isn’t hot enough to break the ice, Tails’ Channel’s screenshots of Ice Mountain will tell you otherwise.

Team Sonic Racing will be zooming to PS4, Xbox One, and Nintendo Switch Winter 2018. 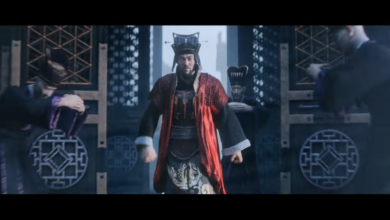 August 6, 2018
Check Also
Close
FOLLOW US
Use code SEGA at checkout to get 30% off EwinRacing gaming chairs