[Editor’s note: In the Face-Off, the gloves come off, and we battle it out over controversial or long-debated SEGA topics. A word of caution, things may get testy, and some feelings will probably be hurt along the way. Once it’s done, voice your opinion in the comments and tell us who you think won the debate!] 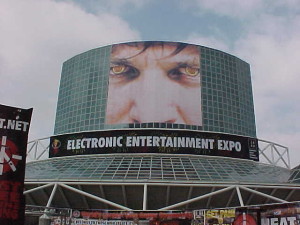 The Requiem: If the final floor layout is any indication, SEGA appears to be skipping E3 this year. You know what I think? F–k E3. I say that the only truly sad thing to come from this is that we’re not likely to get a Shenmue 3 announcement with SEGA not in attendance, but what were the chances of that, anyway?

Otherwise, SEGA doesn’t stand to benefit much from going. Many video game developers and publishers have cut back on their E3 presence or started skipping it altogether. Even well-respected companies like Rockstar never attend. Considering the recent restructuring at SEGA of America, they’ve got a lot more to worry about than sniffing out gaming media types and begging them to cover their games.

I suppose I can see how it hurts from a nostalgic standpoint, given so many memorable moments over the years coming from SEGA attending large industry events like E3. (“The SEGA Saturn is available…… now!”) But honestly, the day after E3 2015 ends, will SEGA as a company be any worse off for having not attended? I say no.

I dare you to disagree with me on this, Chris. I triple-dog-poop-dare you. 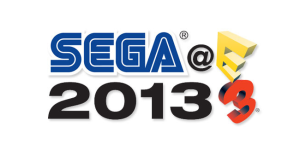 Chris: The Requiem, sometimes I really wonder how the hell you’ve become such an infamous video game journalist. While it might be true that some companies are beginning to forgo E3, they tend to be the AAA publishers that don’t need the attention the industry’s largest annual media event offers.

SEGA, on the other hand, needs all the help it can get, what with its recent company-wide layoffs, poor financial reports and being forced to high tail it out of San Francisco for cheaper pastures in southern California. Truth be told, confidence in the company might be nearing an all-time low, especially on the heels of Sonic Boom.

What better way to show its fans that it still has that special magic than to knock their socks off with a great showing at E3? Simply skipping the event will take SEGA even further out of gamers’ minds in a time that it really can’t afford to lose anymore traction. 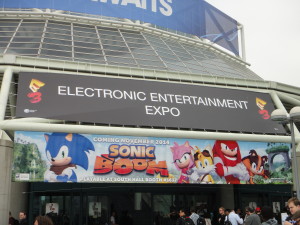 The Requiem: Chris, you intellectual lemming, only someone with a mind as flighty as yours could be so easily persuaded by your argument, one predicated on the idea that SEGA will lose publicity for not attending. You’ve fallen right into the video game media’s trap, the one where they now can make the story about “Why is SEGA not catering to us by coming to our annual self-aggrandizement convention? How dare they! Let’s shame them with wild speculation and lamentations about how far SEGA has fallen as a company!”

But the truth is that SEGA stands to gain extremely little by going to E3. The video game media knows it, too, because they know damn well that they wouldn’t give SEGA the time of day even if they did show up.

Despite what the organizers of E3 and the “journalists” who attend it would like you to believe, E3 doesn’t matter to anyone but console manufacturers and only the largest of game publishers (Ubisoft, EA, Activision, etc.). As soon as a new Halo 5 or Assassin’s Creed trailer hits the presses, the vast video game journalism apparatus will immediately come together, as they always do, and commence with the massive triple-A-circle-jerk that will surely follow, thereby ignoring almost everything else altogether…

“Oh God, teh Halos! Oh Jeezus! That looked like Cortana! Was that Cortana!? Let’s do an article completely about Halo 5 speculation, and then a ‘rewind’ video of the trailer where we barf out our version of the obvious, and then a retrospective piece on how this new Halo 5 trailer looks to fall in the overall series of teh Halos! Oh Gawd, I can taste the clickbait, gentlemen!” 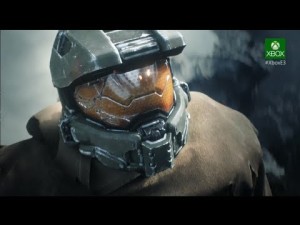 Nothing against Halo, it’s a fine series, but you and I both know, Chris, that E3 coverage shakes out almost exactly as I described it. The smaller games and publishers are always pushed to the side, and only the major press conferences really gain any lasting media traction.

Unless SEGA has something really big in the works, their current release list isn’t exactly going to electrify anyone. Tembo? Sonic Runners? Even an announcement of a new console Sonic game will probably garner only a few trite, vapid references to the “Sonic cycle” from those experienced professionals working in video game journalism, each of whom are more likely to make the story about Sonic Boom (or Lost World, or Unleashed, or Sonic ’06) rather than the new game, anyway.

You say that SEGA needs all the help they can get? Invest resources in promotional areas that are more likely to yield results. SEGA is far, far better off waiting a few weeks for the E3 hype train to run out of steam before making any announcements that affect 2015 (or get them out of the gate now before E3 hype builds up). If they have announcements that affect 2016 and beyond? They can go to Gamescom or PAX in August instead. 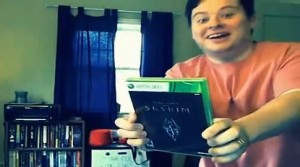 Chris: Wow, The Requiem, talk about throwing your colleagues under the bus. I’m sure your buddies at IGN, Polygon and Kotaku won’t be very happy when they read this column. Anyway, sure, the truth of the matter is the bulk of the video game press does swoon over whatever shiny new Halo, Call of Duty, Battlefield, Assassin’s Creed game is announced at E3.

But over the past several years, SEGA announced its featured games in the days and weeks leading up to E3 so they won’t get overlooked once the heavy hitters start swinging. It’s a smart move that’s led to the gaming press to cover SEGA even before E3 begins and pique people’s interest heading into the event. 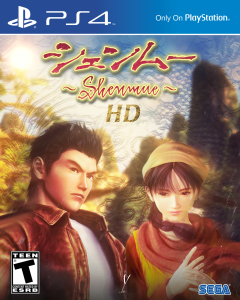 Even if they don’t have something big to unveil, like a Shenmue HD, a line-up featuring Dengeki Bunko Fighting Climax, Yakuza 5, Tembo really isn’t all that bad. But there’s other stuff that I’m sure they’ll be ready to show in some form, like Creative Assembly’s Total War: Warhammer that was recently announced. Hell, just announcing a few games fans have been pleading with them to port to the PC would go far in garnering SEGA some positive media coverage.

Yeah, SEGA can wait to announce these at other, smaller media events like you mentioned, but the smaller scope of these events won’t give them the same reach as making the announcements during E3. But more than anything, being apart of E3 is an industry standard, and unless SEGA announces a legitimate reason why it won’t be there, people will automatically assume it’s because they just can’t afford to go, which is the exact opposite view SEGA wants. 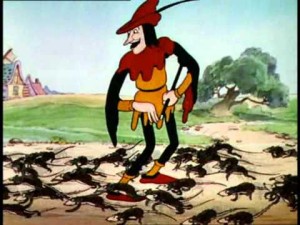 You do realize, that when you say that SEGA should go to E3 because it’s an “industry standard,” you’re essentially saying that they should go “just because?” Like an atheist who goes to church just to keep up appearances, or a teenage employee who shows up to work just keep his mom off his back, SEGA should just go to E3 every year because it’s expected? Hogwash and poppycock! Of course all of the announcements you put on your wish list there would be great, but why do any of them need to be made specifically at E3?

Calling E3 an industry standard becomes more and more hyperbolic with each passing year. As I mentioned above, Rockstar never goes, but you know who else won’t be there this year? Koei Tecmo, 2K, and Valve. Yes, the most influential force in PC gaming won’t be at E3, and they haven’t bothered to go since 2012. Even Nintendo, a hardware manufacturer struggling to connect with modern consumers, started pulling back from E3 last year to focus more on their Nintendo Direct presentations. 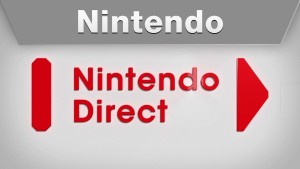 If anything, Nintendo has shown that companies can find their own ways of communicating to the players without the need for game journalists to act as their intermediary mouthpiece. I’m not saying SEGA should start a “SEGA Direct” series, necessarily, but even at the height of their success, SEGA was bucking trends with their marketing.

From taking the gloves off with the “Genesis Does” campaign in the U.S., or the bizarre hilarity of the Segata Sanshiro campaign in Japan, SEGA has never found success by “just showing up” and doing things the same way as everyone else. Following their restructure, SEGA has a new HQ and a new streamlined marketing group, and it’s far past time that they used the communication tools of the 21st century to find their own voice again, one that fits SEGA’s history and corporate identity.

Wait, I have buddies at IGN and Polygon? What’s a Kotaku? “We’re gonna need a bigger bus…”

Chris: You know the old saying, “perception is reality?” Well, you’re a rather dolty fellow so you probably don’t, but the fact of the matter is it’s incredibly applicable to today’s video game industry, where a simple screenshot of a game shown too early or one that shows it in a bad light can spell doom for said game and even its developer.

Does SEGA need to forever be tied to E3 as its primary means of unveiling its biggest games? No, certainly not, but I think now is entirely the wrong time to try to get cute with a streaming presentation, like the Nintendo Direct, where so many things can go wrong. The point that I’ve made several times is SEGA currently sits in a very precarious situation, and the next year could determine whether they’re even in business in its current state in the near future. 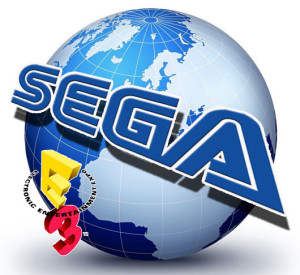 Having even a modicum of a good showing at E3 could go a long way in accomplishing two things: first, dispelling rumors of its demise and beginning the slow process of restoring credibility in its ability to develop fun, compelling games, and second, that it cares and listens to what its fans want and will bring those games to market.

So there you have it, SEGA Nerds! We want to know your thoughts on who you agree with. Do you agree with The Requiem that SEGA doesn’t need to go to E3 and should look to other shows or means of announcing its games, or do you agree with Chris that SEGA still needs to have a presence at E3? Let us know in the comments!