In 1993, the world of basketball was in awe of Michael Jordan and the Chicago Bulls. It was also the year that video games and basketball would start something special. NBA Jam is one of the first playable basketball arcade games ever. It’s also one of the first games to feature NBA-licensed teams and players.

The game was filled with special features, Easter eggs, and special codes. Players were able to unlock US President Bill Clinton or the Charlotte Hornets mascot. This wasn’t just a basketball video game, but an overall experience.

A popular feature was that players could jump extremely high and make super slam dunks. These jumps were non-human. If players were able to jump like this in real life, the NBA betting points spread would double. When it came to the laws of physics, there were none.

Also, players that made three shots in a row were “on fire.” This is where future NBA video games got the concept of “heat check.” In modern-day games, a fire icon would surround a player that was making a lot of shots. Back then, this player would receive unlimited turbo and increased shooting precision. The player would remain on fire until the opposing team scored, or until the player on fire scored four consecutive shots with the power-up in action.

Teams from the 1992-1993 season were used as rosters. The console versions used rosters from the 1993-1994 season. However, Jordan was never used. In the NBA sport, Jordan was his brand. He owned the rights to his name, not the NBA. Therefore, since he could make the choice, he remained unavailable to the game. This was unfortunate because Jordan was coming off his third NBA title in 1993 and was the best player in the world.

Another player that was excluded from the game was Shaquille O’Neal, who was in the arcade version with the Orlando Magic. Eventually, O’Neal bought his name and likeness from the NBA. The original arcade version featured a limited-edition version that featured Gary Payton and Jordan though.

In Japan, the game was considered the fourth most successful arcade game of the year in 1993. Reviewers gave the game-high star totals. It was praised for its graphics, sounds, four-player mode, and that it was an easy and fun game to pick up. All in all, the game might have been basic, but since it was easy to play, many fans were drawn to it.
Basketball was on the rise in the 90s. The three-peat from Jordan made his name a household name. At one point, NBA Jam was considered in the top 100 games of all-time. For kids that wanted a four-man game that could provide endless hours of entertainment, this 90s classic remains in most of our hearts. The game could get remastered, but it will never replace the original that many of us grew up playing. 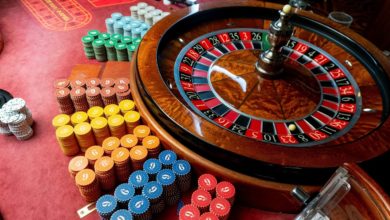 5 Tips on How to Gamble Responsibly