When SEGA turned away from coin operated machines and towards computer games in 1960, few could have predicted what the industry would become. Through a combination of innovation, creativity and popular appeal, the video games market is now a multibillion enterprise. However, what’s most interesting about the industry is the way it’s stayed the same yet become a different thing. How has the industry changed? The players have changed.

As outlined by Newzoo’s 2018 Global Games Market Report, there are now 2.3 billion gamers across the world. With so many people invested in the industry, hardware and software manufacturers have been forced to diversify. If we start from the beginning, the classic arcade games were nothing more than a few moving pixels on the screen. Indeed, when you take a look at the first ever arcade machine, Computer Space, it’s physical casing was more impressive than the game itself. Of course, when Pong was released a year later in 1972, the seed of competition was sown. The moment developers knew they could hook players with a simple premise and a bit of competition, the industry flourished.

In fact, it doesn’t matter how complex or intricate modern games are, they all go back to the same ideal as Pong. Perhaps the best example of this was the advent of mobile gaming and Nokia’s Snake. Even though the SEGA Dreamcast and PlayStation were making waves with fancy graphics and high-octane action in the late nineties, Snake became a huge hit despite being nothing more than a black line and a dot. Because it contained a sense of jeopardy and competition (i.e. getting a higher score than your friends), it captivated the masses. For all intents and purposes, Angry Birds is the modern equivalent of this ideal.

The Industry Has Branched Out from a Single Root

With this foundation set, the job of gaming companies has been to find new ways of expressing it. In other words, we’re still playing the same games just in a different guise and on different platforms. This is where technology has taken over. When you look at Newzoo’s report, the industry is now split into three distinct areas: mobile, console and PC. As per the numbers, mobile gaming is now the largest sector in the industry with smartphone and tablet games generating $70.3 billion. This is dramatic shift from the way things where in the early noughties when consoles reigned supreme.

Another interesting development in the last decade is the advent of eSports. After initially finding a home in Asian countries such as South Korea, eSports have now become a global phenomenon. According to Statista, worldwide eSports revenue was just $130 million back in 2012. Today, the market is worth $655 million and by 2021 the data suggests revenue will hit $1.6 billion.

The growth of eSports comes back to our desire for competition. In fact, professional events are now treated in the same way as traditional sports. As well as major prize money and stadiums full of spectators, people actually bet on eSports. When you go online, eSports betting markets feature outright odds, handicapping, double chance options and more. In previous years, these options wouldn’t have been interesting for gamers let alone possible.

The Faces of Gaming Have Changed 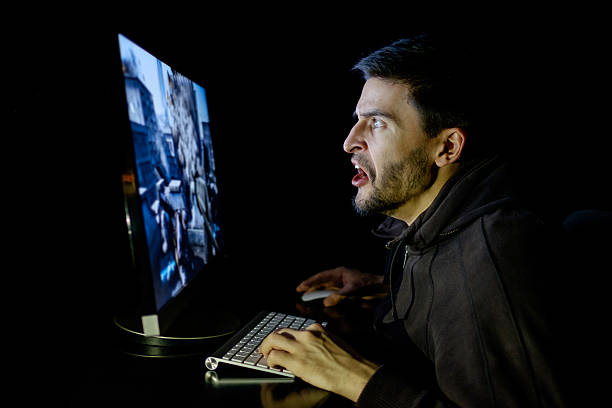 Today, however, we live in a world where technology has taken gaming into different spheres. For the casual gamer, mobile games provided the perfect snippet of entertainment while they’re on the move. For those that still enjoy the immersion of multi-level games, consoles are on hand.

Finally, for the serious players that love to compete, PCs have become the go-to medium. If that’s not enough, virtual reality has entered the mix. Thanks devices such as Oculus Rift and HTC Vive, gamers can step into the virtual worlds they’ve long admired from afar.

Whichever way you look at it, the gaming industry is a veritable behemoth and something that’s way beyond what anyone could have predicted. However, when you peel back the layers, the original ideas are still there. Now though, they’re dressed up in a myriad of outfits designed to attract as many people as possible.

This, in reality, is what it’s all about. Even though games are fundamentally the same, gamers aren’t. Because developers have found ways to impress all types, the profile of the average player has changed. Where it was once a teenage boy, it can now be anyone. From the senior citizen to the housewife, everyone loves playing games. That’s the real evolution of video games.

Yes, the things you see on the screen may have changed, but the fundamentals haven’t. Now, however, it’s the people staring at the screens that have changed.