You want to know what are some of the best, tried-and-true SEGA games for Android that are currently on the market?

Well, that must be Sega Forever.

A while ago, the legendary and one of the biggest gaming companies on the face of Earth, SEGA, has launched Sega Forever series – a line of retro games revamped for Android and iOS devices. It’s a veritable treasure trove of retro games goodness.

Some of the titles include Sonic the Hedgehog, Altered Beast, Golden Axe, Phantasy Star II, Ristar, Comix Zone, Kid Chameleon, and several others. Each game has their own sets of mechanics. You can play each one for free with ads. There is an optional $1.99 purchase for removing advertisements.

In this article, we picked 5 best. Here they are:

A more recent SEGA’s addition to its Forever collection for Android. Originally created in 1989 as an arcade game where you drop quarters into the machine in order to continue playing, the traditional side-scrolling beat ’em up Golden Axe for Android has a couple additions to the original gameplay: the easy difficulty and a new duel mode where you face off round after round with enemies. Multiplayer experience is planned too. 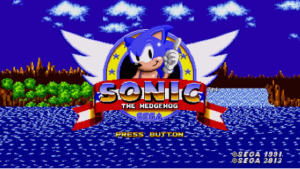 Sonic The Hedgehog has received an equally robust overhaul. The Blue Blur’s original adventure, first released in 1991, has been updated for mobile devices: widescreen support, a remastered original soundtrack composed by Masato Nakamura of Dreams Come True, leaderboards, and an all-new Time Attack mode. Another new feature allows users to play as either Knuckles or Tails. 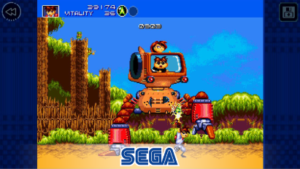 Another classic title, it was the first game created by Treasure, one of the most reputable game developers of the 90’s that didn’t produce a single mediocre title. It has all the typical features of the SEGA Forever line: a virtual D-pad, support for external controllers, a scoreboard, and the ability to save your game in the cloud. What’s new, this game offers a multiplatform local multiplayer, so one can play with a friend over a Wi-Fi network. 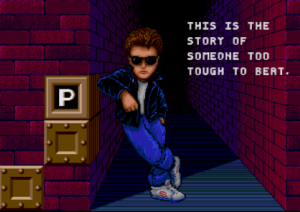 Kid Chameleon was released for the Mega Drive/Genesis console back in 1992. Now this mobile version of the classic-style platformer is identical in gameplay to the original and offers a way to customize touch controls and save your progress at any time. Play free and experience one of the largest platformers ever created. A villain of a new arcade game escaped into our reality and only you can stop him! 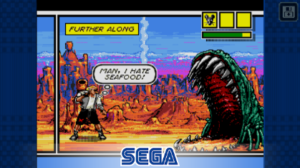 Classic arcade-style beat ’em up brought to mobile for the first time. Grab your mobile device and play as Sketch Turner, a comic book artist trapped in a post-punk world of his own creation. Battle the Mutant Queen, survive the Dead Ship, and Lava Mines, then defeat Mortus, the super-villain, to escape.

While not a SEGA title, this game takes the concept of the classic bubble shooter and turns it into an engaging game with a modern UI that is great for a player of any age, from a 3-year-old kid to a senior person who is still kicking it. With 800 levels to pop your way through all kinds of bubbles, you can expect long-lasting fun. Bubble Shooter Classic is totally addictive and both challenging and relaxing, as the best of this genre are. 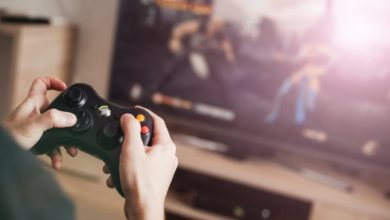 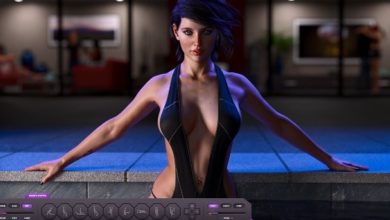