As we exclusively revealed yesterday, SEGA is indeed planning to release the SEGA Genesis Classics compilation that will include over 50 games on the PlayStation 4, Xbox One and PC on May 29.

The game will include online co-op play in some games and enhanced features, like Rewind, Mirror Mode and a host of visual filters, according to SEGA. The PS4 and Xbox One versions will come digitally and physically, and the physical version will include a two-sided poster.

After a request from SEGA, we pulled our original story. The assets for the game were inadvertently publicly available on SEGA’s press site due to a “technical error.”

SEGA sent us the following message regarding the error: “The gun was jumped a little bit there on the Sega Genesis Classics announcement. When we are in a position to properly announce it, with an official release date and an official SEGA communication, we will. Stay tuned.”

Before you ask, no, there will not be a Nintendo Switch port, so please no need to comment asking why because we have no idea.

See below for the full press release:

HOLD ME CLOSER SHADOW DANCER! SEGA MEGA DRIVE CLASSICS COMING TO PLAYSTATION 4 AND XBOX ONE ON MAY 29
Don’t Panic on Funkotron though, PC collection on Steam also receiving an update!

London, England – March 14, 2018 – SEGA® Europe Ltd. has an Altered Beast of an announcement certain to create an Alien Storm amongst the Shining Force of retro SEGA fans out there, as SEGA Mega Drive Classics is set to release both digitally and physically for PlayStation® 4 and Xbox® One on May 29, 2018. Check out the nostalgia-inducing announcement trailer here: https://www.youtube.com/watch?v=wNjmTG2BykE

The collection has over 50 retro classics to experience across every genre; arcade action, shooters, beat’m ups, puzzlers, old favourites and hidden gems, with a raft of modern features. These include online multiplayer, achievements, mirror modes, rewind and save states meaning players old and new should find revisiting these great games an absolute Sonic 3D Blast. Visit the product page for more details, www.megadriveclassics.com.

The physical edition will be available to pre-order from US and EMEA retailers very soon. It comes complete with a double sided Golden Axe and Streets of Rage poster, identical to the ones you will see in the game’s 90s inspired retro gamer’s bedroom, the hub through which players can access the entire collection. Details of digital pre-order will also be available very soon.

As if that wasn’t enough to see retro fans through to The End of the Millennium, players of the SEGA Mega Drive Classics on Steam will also be treated to The Treasures of King Nole in the form of a huge free update to the feature set, giving it parity with the console launch when it releases on May 29, 2018.

To Gain Ground on all the latest information about SEGA and the SEGA Mega Drive Classics visit www.sega.co.uk. You can also follow us on Twitter and Facebook.

Go now, be the Light Crusader you always dreamed you could be… 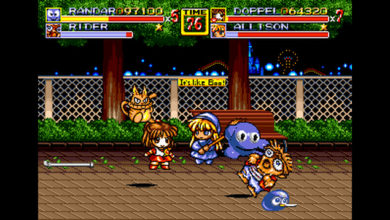 Puyo Puyo Mod for Streets of Rage 2 doubles the fun! 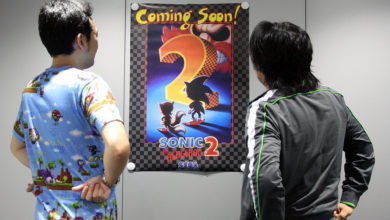