We all know just how great the Sega Genesis made weekends and hours spent after school (sometimes even before school) for kids in the 90s, and we’re all aware of how many fantastic titles there were to play on your own, but what about games played in a group? Usually, the best part about gaming on the Genesis was when there were others around you. I mean, what’s the point of pulling off some incredible move or combo and having no one to see it? Remember, this was long before the days of online streaming and recorded footage!

It’s awesome that many of these games are kept active in live eSports tournaments, with certain teams even gaining in popularity and keeping their fans in the loop with their own clan website, which many people are said to prefer over social media. Although these games are an absolute joy to watch when played by professionals live in a tournament, many of us pale in comparison and simply wish to have a fun night with our friends and the Sega Genesis.

As for which games to pick when you’ve got a group over at your house, that gets pretty tough considering there are many to select from, but we’ve created this list because these titles are simply great to play together. Let the games begin!

When the going gets tough, the tough get going, and things get very tough in these beat ’em ups. You can essentially switch your brain off for a while and simply button-mash away. The gameplay is fun for bystanders and gamers alike, and there’s always some amazing surprise that keeps people on their toes. We’re choosing Streets of Rage 2, Golden Axe, X-Men 2: Clone Wars, and of course, Double Dragon.

Although you could argue that you’ve already done plenty of fighting in the games listed above, there is much more skill and finesse needed for fighting games. You need to know special combos, power moves, and analyze your opponent’s strengths and weaknesses in order to take them down in the easiest way. True, these games can be hugely frustrating (only if you’re losing), but as long as you don’t take them too seriously, then it’s fun for people to witness things like a fighter coming back from the brink of defeat and taking down the challenger in a flurry of incredible hits. You’ll have to pick Street Fighter II and Mortal Kombat II. Some think fighting games are getting easier, which might be true, but we still like those games from the past.

Finally, a break from fighting (although people will still get hurt) with some sports games. Some people hate watching sports, but if it’s 16-bit sports? Then they absolutely love it. The Sega Genesis provided many sports games that can give you a great party night on the console, so to get people cheering and booing in equal measure, select NBA Jam, NHL 95, and Tecmo Super Bowl.

Now, who is bringing the snacks and drinks? 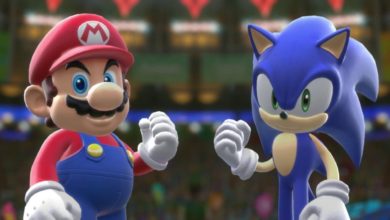