It’s been a long, hard journey for Mutant Football League to finally see its release this past Friday digitally on the PlayStation 4 and Xbox One for $19.99.

A spiritual successor to the great Genesis game Mutant League Football, series creator Michael Mendheim launched a Kickstarter campaign in September 2013 to raise $750,000 to fund the development of an updated version of the game using today’s much more advanced hardware. Unfortunately, the Kickstarter campaign didn’t meet its goal, only achieving a paltry $141,821 of its lofty goal.

“Sad day for sure but want you all to know we’re not going to give up on Mutant Football,” Mendheim wrote in a Kickstarter update. “We’re going to keep fighting to get this game to market.” 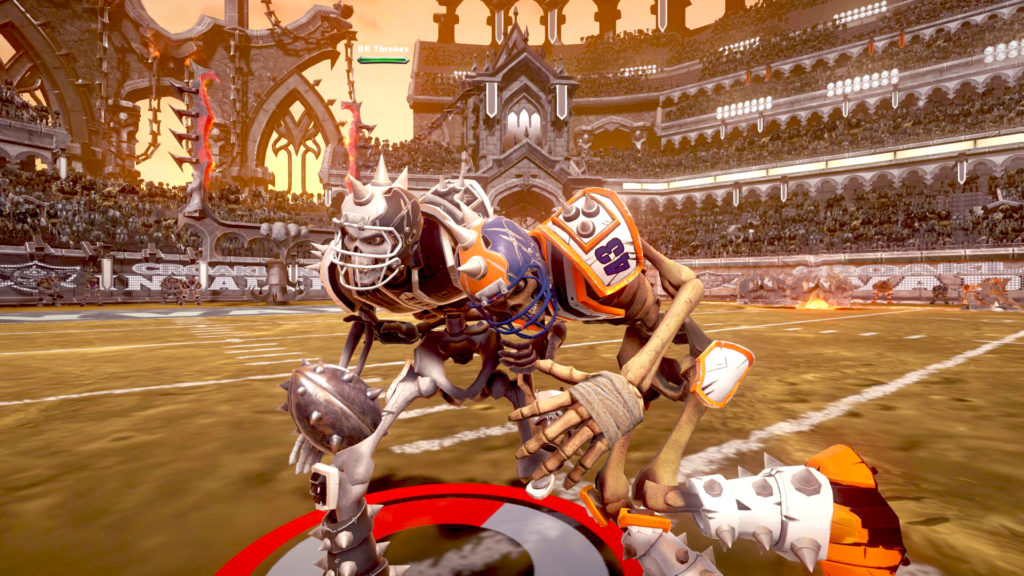 True to his word, Mendheim and his team at Digital Dreams Entertainment continued development on Mutant Football League, and in February 2017, they launched another Kickstarter campaign with a much more modest goal of $60,000 to help fund continued development of the game. This time around, they had a pre-alpha demo of the game for people to download and play. Their plan was a massive success, and the campaign finished raised over $138,000, complete with meeting all its stretch goals to boot.

“Just wanted to say ‘thank you’ once again to the MFL Community and all of our Kickstarter backers,” Mendheim wrote in an update. “What a great feeling to win one!!! Thanks for helping us reach our goal and smash through all of our stretch goals.”

Now that the game has finally released, it sports a 7-on-7 arcade-style of the most brutal football you’ve ever played. There are 18 unique teams made up of orcs, skeletons and mutated humans to choose from, and the game is voiced by Tim Kitzrow, who famously provided commentary in NBA Jam. The game also supports two-player online and four-player local multiplayer.

“Thanks to our community and a stellar dev team you can now play MFL on console – where it belongs! This game delivers a new experience of fun, arcade style football action for a new generation of gamers, while retaining the spirit of the original game,” said Michael Mendheim, Creative Director.

You can purchase Mutant Football League on the PlayStation 4 here and the Xbox One here. It was released on Steam on Oct. 31, 2017.