The information that is known for sure is that Ian Flynn is returning from Archie as the lead writer. The initial release schedule was also announced as April 4, 11, 18, and 25 for #1-4, respectively. Tyson Hesse will also be returning as an artist. Outside of that, a promo of cover art was given out to all con patrons who were present for the panel. The pressing question that was asked in a variety of different ways was would IDW be picking up from where Archie left off. The answer was a continual “we want to share our own vision” or “we’re starting brand new.” This means that we probably won’t see many tertiary characters outside the official canon, although they did say that they may add in their own new characters as time goes on.

The panel also stated that the fans should look to how they handled their Ninja Turtles and Transformers reboots to see how they’d handle Sonic. Their goal is to usher in new fans while appeasing the old ones. All that said, fans should not expect storylines left open by Archie to be concluded. Hardcore fans of the previous Archie series (and the Fleetway comics) may be upset that IDW will not be picking up from those roots, but they assured the audience that they would take care handling the franchise. The panel concluded with an inexplicable viewing of a Sonic Forces trailer.

Overall, the panel answered a few core questions: release dates, returning staff (as well as a hot and cold statement that they may or may not be taking on other old Archie staff), and questions from the audience (90% of which revolved around if we’d see the Freedom Fighters again; the answer is “we are starting fresh”). A Sonic Forces comic has been confirmed, but fans will have to keep an eye out for any new developments as April approaches. 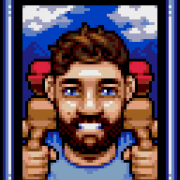 Everything I say is either true or extremely handsome. Current 2nd funniest man alive.