The team behind Sonic Mania (Headcannon, PagodaWest Games, and Christian Whitehead) have issued an apology to everyone who pre-purchased Sonic Mania on Steam or the PC Collector’s Edition. Sonic Mania is still planned for release on August 15th for the Xbox One, PS4, and Switch platforms. However, PC players will have to wait until August 29th.

Additionally, a free steam copy of the original Sonic the Hedgehog game will be provided to those that pre-purchased Sonic Mania. 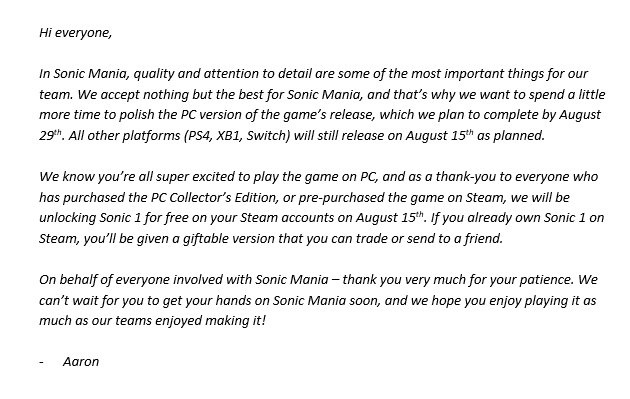