Xbox boss Phil Spencer sent the audience into a tizzy today when he announced that original Xbox games would soon be backwards compatible with the Xbox One during Microsoft’s E3 2017 media briefing.

Crimson Skies will be the first game coming to Xbox One later this year, and Spencer promised that all original Xbox games will see improvements on Xbox One.

Naturally, this brings up a logical question: What SEGA games could we realistically see on the service? Before we try to answer that, let’s take a look at all the SEGA games on the original Xbox.

Before we get to the games that we think could have a shot at coming, let’s look at the ones that probably won’t, for whatever reason. 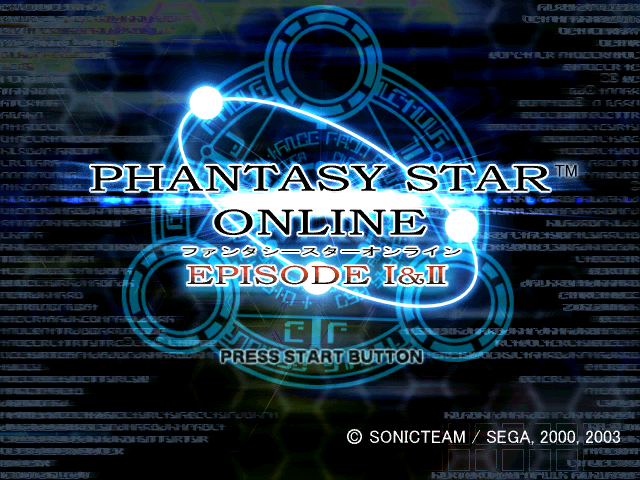 Look, I don’t know if you’ve heard but SEGA of America hates Phantasy Star Online and hates people who play PSO even more. Wanna know how much they hate them? How about the fact that SEGA hasn’t officially declared that PSO 2 is cancelled in the West and will never see the light of day. This has been going on for nearly five years, and every E3, its fans are filled with hope that this just might be the year SEGA announces it’ll come.

Outrun 2006: Coast 2 Coast was one of my favorite Xbox games, and it’s a damn shame that this game won’t be added to the Xbox One’s backwards compatibility list due to licensing issues. You see, SEGA lost the Ferrari license back in 2010 and was forced to remove OutRun 2006: C2C and Outline Online Arcade from all digital stores.

Now, it’s true SEGA released the original OutRun in the 3DS Classics series, but that didn’t use the Ferrari license, as the car model was just made to look similar to a Ferrari. Because SEGA isn’t a current Ferrari licensee, they unfortunately can’t legally bring Coast 2 Coast to the Xbox One. But weirder things have happened (*ahem Shenmue 3), so who knows what the future might hold, right? 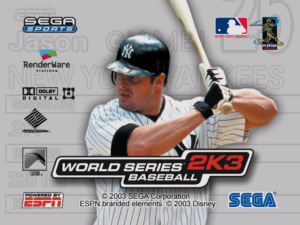 Visual Concepts was soon after reformed to become 2K Games, where they continue to make badass sports games … unlike SEGA, unless you count Mario and Sonic at the Olympic Games or any of their sequels.

Anyway, what I’m trying to say is SEGA’s long gone from the baseball scene, and it doesn’t look like they have any desire to get back, which is why we won’t be seeing its last baseball game on the Xbox One. 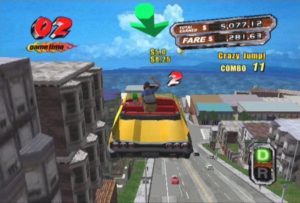 Crazy Taxi 3: High Roller probably isn’t the game everyone thinks about when someone asks if they’ve every played a Crazy Taxi game. While we certainly enjoyed it, most critics of the day thought it was more average than anything else. But one thing it did have that made many Crazy Taxi fans smile was it featured licensed music from the likes of The Offspring, Bad Religion, Methods of Mayhem and Silverbullit.

Because SEGA’s original deals didn’t allow it to release these games on future platforms that didn’t exist at the time, it was forced to strip all the licensed music when it released the original Crazy Taxi on the PlayStation 3 and Xbox 360 in 2010. Many fans were bummed out for sure, including us. Those songs are so apart of the experience that it just didn’t feel the same without screaming “yah, yah, yah” while The Offspring’s “All I want” blared through your TV’s speaker.

Nevertheless, because Crazy Taxi 3 has so much licensed music, it would take some work on SEGA’s part to go back and replace the music, which is unlikely to happen. 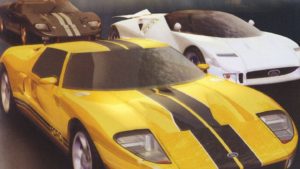 SEGA GT 2002 is infamous as being one of the two pack-in games, along with Jet Set Radio Future, that came packaged with the original Xbox when it was released. Because so many copies were printed, they eventually found their way into bargain bins across the world, and game stores were practically begging people to take them off their hands.

The game also featured three different models of Ford’s GT on its cover, along with many other licensed cars players could control, like an Acura NSX, Honda Civic, Mazda RX-7, Mitsubishi Lancer and Toyota Supra, to name a few.

A year after SEGA released GT 2002, they released SEGA GT Online, which included 40 more cars and online functionality. The only problem is some of those cars were licensed from Bugatti, Auto Union and De Tomaso.

I’m sorry to say, but it’s the same old song and dance, and because it’s very, very unlikely SEGA holds the rights from all these car manufacturers to release these games on a new platform, it would take way too much time and money than it’s worth to bring SEGA GT 2002 or SEGA GT Online to the Xbox One.

Games we could see 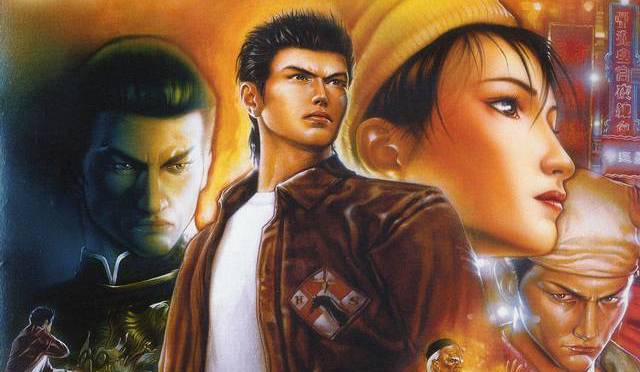 If there’s one game on this list that’s worth the time, effort and legal wrangling to bring it to the Xbox One, it’s definitely Shenmue 2. Sure, SEGA would have work through some potential roadblocks, it’s hard to imagine that Shenmue 2 wouldn’t be one of the most popular original Xbox games that could make its way to the Xbox One.

But because of that reason, it’s hard for me to see SEGA releasing it simply as a backwards compatible Xbox game for $15-$20. At least, not when it could repackage it as an HD remaster and sell it for upwards of $40-$50. C’mon, tell me you wouldn’t buy it.

In the end, it just doesn’t make much sense for SEGA to go through the trouble to get Shenmue 2 ready for release and not reap the huge upside a premium Shenmue 2 HD would have. But then again, Microsoft once paid SEGA a hefty sum to release Shenmue 2 on the Xbox in North America; would it be so crazy that they did it again, even just to counter Sony with its console exclusive Shenmue 3? 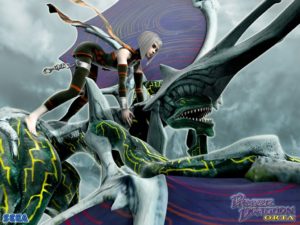 It would also bring a smile to my heart to see two classic game series that Yukio Futatsugi created make their way to the Xbox One this year. The other, of course, being the magnificent Phantom Dust, which is easily in my top 10 games of all time. 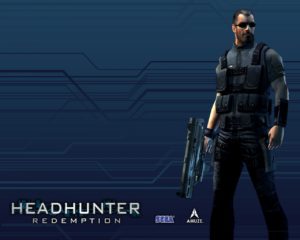 OK, I’m not even going to try to reason why Headhunter Redemption should be on this list. I know it wasn’t that great of a game, but I’ll always associate the Headhunter series with the Dreamcast, and for that reason, I think it would make for a really fun addition to the original Xbox library on Xbox One.

C’mon, who doesn’t want some more Jack Wade in their lives, right? 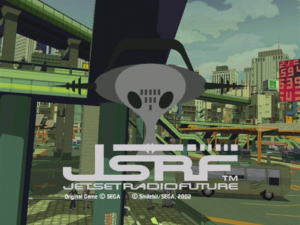 For whatever reason, I never played Jet Set Radio Future as much as I always wanted to, and I’m sure there’s a legion of Xbox One owners who’ve never played it at all. I don’t think there’s a game on the above list that would make the jump from Xbox to Xbox One better than JSRF, and that’s why I think SEGA has got to make it happen.

I guess it would make it a bit awkward for those who own the JSRF/SEGA GT 2002 combo disc, with only one game on the disc that would work.

So there you have it, my fellow Nerds. Will SEGA jump through the legal and license hurdles to bring some of these classic Xbox games to the Xbox One? Do you think it’d make sense for them to release Shenmue 2 as a backwards compatible game? Let us know in the comments below! 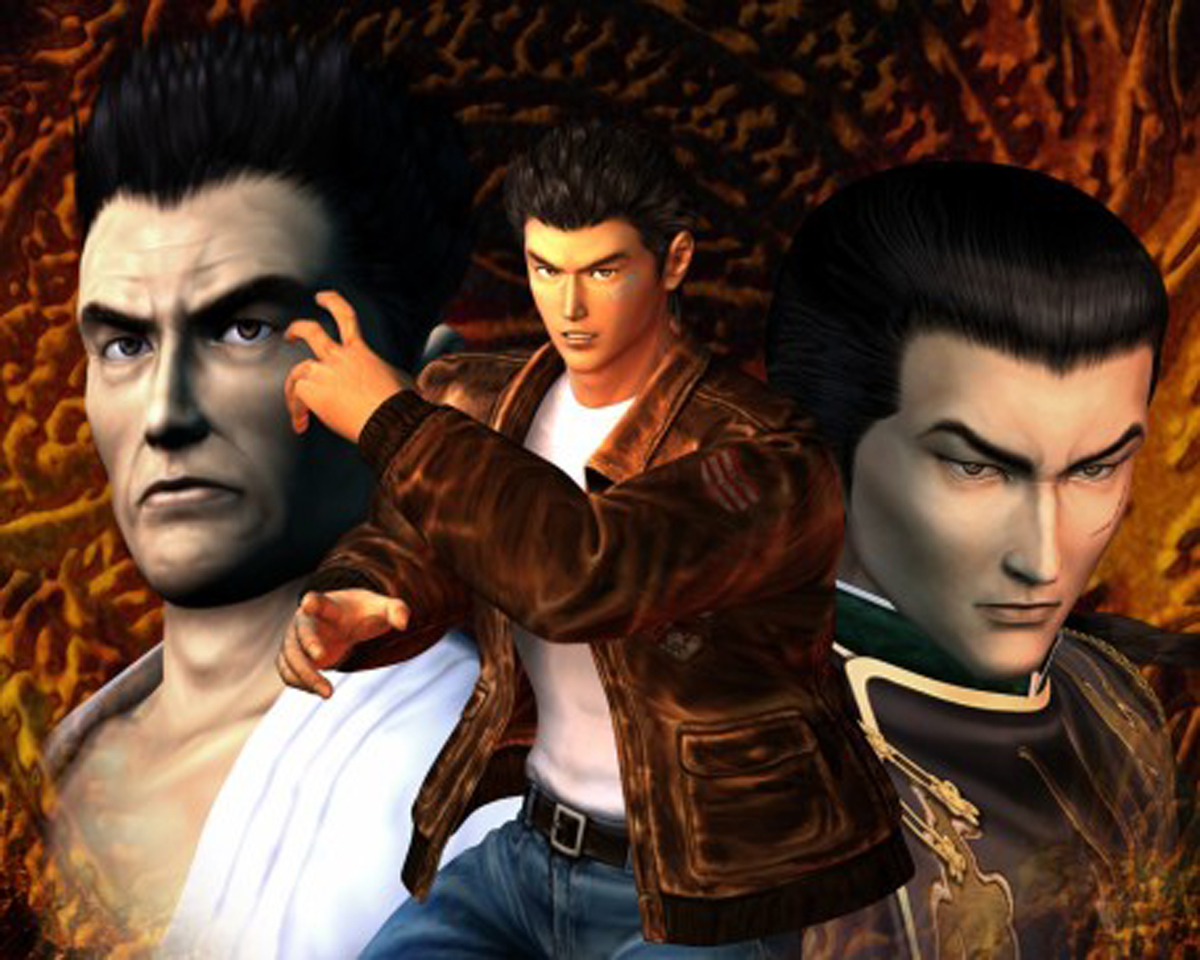 May 16, 2018
Check Also
Close
FOLLOW US
Use code SEGA at checkout to get 30% off EwinRacing gaming chairs