The official Sonic YouTube channel has released a brand new video showcasing Green Hill Zone Act 2 from Sonic Mania. This video has Aaron Webber providing commentary as a Sega executive plays as Sonic. The beginning shows a speed run of the first act. The transition between acts are the same as in Sonic 3 & Knuckles.

They introduce new mechanics, such as the zip-wire, and many obstacles and secrets that the player can find. There is a new boss for this zone, but unfortunately, they will not show it. 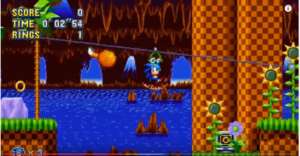 A nice little extra for players to interact with the level is with the fire shield they can obtain. If they hold on to it long enough, the player can burn down the spike bridge from the original Sonic the Hedgehog game. 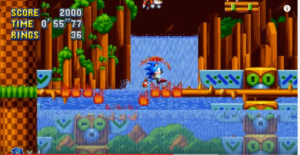 Along with the video, new screenshots have been released showing Knuckles in Green Hill and a new boss for Studiopolis Zone. New enemies called the “Hard-Boiled Heavies”, also made their debut in the video and new concept art of one of the enemies called “Heavy Gunner” has also been released. 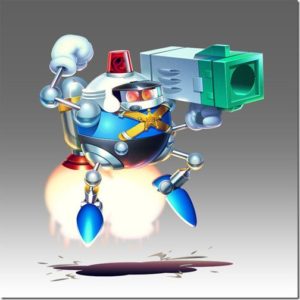 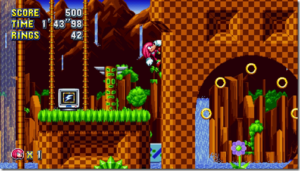 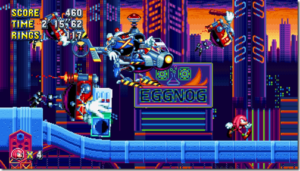 Sonic Mania will be available for digital download for the Xbox One, PlayStation 4, Nintendo Switch, and PC in the Spring of 2017.