Tanglewood is shaping up to be one of the more exciting Kickstarter projects we’ve seen this year.

The Genesis platformer looks every bit like one we would have played growing up and is described as a combination of games highly regarded platformers like Another World and The Lion King and is scheduled to release next winter.

Tanglewood only has four days left in its campaign and has raised $52,62 of its $60,747 goal. Developer Matt Phillips has announced an exciting new stretch goal to release a Dreamcast version of the game if they can raise about $64,000.

“If we secure £10,000 beyond our original goal, we’ll put that extra into a SEGA Dreamcast edition of Tanglewood, after we’ve finished and released the Mega Drive version,” the update read. “Once again, created on genuine development hardware, and released on physical disc, because we can! This will be a complete port of the game’s code (not emulated) using the original graphics and audio.”

What’s more, if they can reach £75,000, Phillips and his team will release an HD version on the Dreamcast. “With an extra boost of £30,000, we’ll be expanding upon the Dreamcast port by reworking all of the 16-bit graphics and audio to bring you a high definition version of Nymn’s story, for the Dreamcast and more!”

Phillips is a game industry veteran, having worked on 14 games dating back all the way to the SEGA CD, Saturn and Dreamcast. He’s going to painstaking detail to ensure Tanglewood is top quality and is creating the new Genesis platformer using original “SEGA development tools, software and processes, and programmed in raw 68000 assembly language.”

You can download the prototype ROM here and check out Tanglewood’s Kickstarter page here. 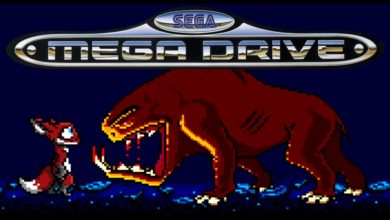 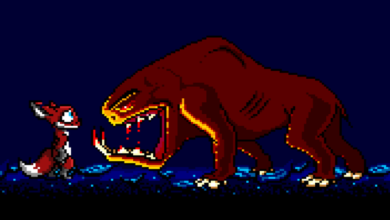 A new Genesis/Mega Drive game called Tanglewood is on Kickstarter