While SEGA is most commonly known for Sonic the Hedgehog, Shenmue and “Doing What Nintendon’t,” the video game developer has also been one of the video game industry’s leading creators of casino games throughout the years.

This shouldn’t come as a huge surprise since Sammy, which merged with SEGA years ago, has been in the pachinko business for decades now. With that said, let’s look back at SEGA’s history of developing casino-based games throughout the years.

While the SG-1000 didn’t have a huge library when compared to the Magnavox Odyssey or Atari 2600, it did have a few pachinko games. Simply titled Pachinko, this game only lasted on retail shelves a few weeks before it was pulled due to a game-breaking bug. Remember, kids, this was pre-Internet, and at a time when developers couldn’t simply push an update straight to your console. Because of this bug,  SEGA had to issue a total recall. Hehe.

After the bug was corrected, SEGA re-released the game weeks later as a sequel called Pachinko II. The gameplay is incredibly simple but does the trick well enough. 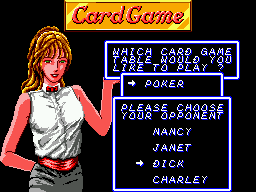 SEGA released the Master System in North America in 1986, and it would take several years before it finally received a true poker game. Casino Games filled that void and when it was released in September 1989 in the U.S. and contained poker, blackjack, baccarat, slot machines and a pinball table.

Players start out with $500, with $100 minimum bets, but can eventually work their way up to $100,000 bets the further they get into the game. If they raise $1 million, they can buy out the casino and retire wealthy.

The SEGA Magazine gave it a 57 percent rating and had this to say about the game: “A nicely implemented compilation of games which suffers slightly from a lack of variety. It’s strange that there’s a pinball machine but no roulette wheel. Best suited to the occasional gambling fan or as break from mindless blasting.” 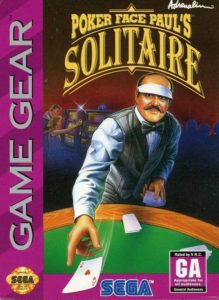 The games all released in separate packs and included Blackjack, Gin, Poker and Solitaire.

The games weren’t met with critical praise, as GamePro complained about the series’ bad graphics and sound, and suggested people instead save their money and buy a physical deck of cards which was cheaper and offered more fun. 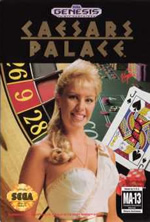 During the Genesis era of the early ’90s, SEGA loved licensed video games. Its licensed sports roster boasted such superstars as Joe Montana, Buster Douglas, Arnold Palmer, Evander Holyfield and Bill Walsh. One licensed title that doesn’t get talked about much is Caesar’s Palace, which although it wasn’t a SEGA published or developed game, I think deserves some honorable mention.

Caesar’s Palace features blackjack, roulette, slot machines, horse racing, Keno, Red Dog and video poker.  One interesting addition to this game that sets it apart from others is the ability to buy scratch-off tickets for $100. Players could also talk with NPCs, who’d offer helpful tips and advice for winning big.

Once players raised enough money, they’d be invited to the VIP room, where the stakes would raise significantly, and a lot of money could be won.

It was met with mixed reviews, but GamePro gave it an 8 out of 10.

While SEGA hasn’t released a new casino game since SEGA Casino on the Nintendo DS, there’s no telling when they might surprise us with a new entry in the Poker Face Paul series. But until that happens, you can always try your hand at a few other options, like the online casino market, but remember to compare online casinos before wagering real money!