When it comes to the Hatsune Miku series of games,  it looks like there will always be a new release somewhere. From it’s start on the PSP and in the arcades,  to the new consoles like PS4 and Vita ,the Miku games have proven that they’ll be here to stay.   This series oddly enough,  has always innovated new features and changes into it’s newer releases,  bringing something different to the table.  And now it looks like virtual reality will be added to that list of new things.  And yet again,  looks like Playstation owners will be the lucky ones to get down on some J-Pop goodness. 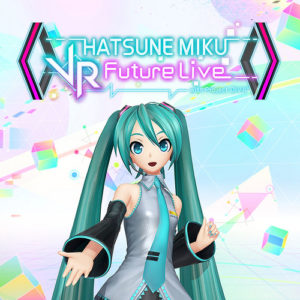 Announced on Playstation’s blog today with an October 13th release date,  Hatsune Miku VR Future Live  will be the first VR game in the series,  exclusively on PSVR.  So far not much has been revealed,  minus part of the game’s setlist,  and some minor info about how the game is going to work.  It looks to be your standard Miku game,  but instead of just watching a music video like you would in previous games,  it looks like you’ll actually be attending a Miku concert in game.  Personally this could be a cool concept if executed correctly.  The Miku concerts have certainly been gaining popularity here in the US,  and this could be a match made in heaven for fans. 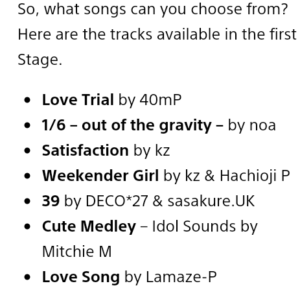 Also announced was a VR patch for the newly released Hatsune Mike Project DIVA X to be released once the PSVR launches.  It won’t give the full game VR capabilities,  but it will let you use the PSVR with the Concert Editor mode.  There will also be a trial version of VR Future Live as well,  for people who want to try this out.  Hopefully with the success of this,  we could get more SEGA games in VR.  I know I’d be down for that.  Hatsune Miku VR Future Live currently has a release date of October 13th,  and hopefully some more info will come before then.