Last week, ATLUS and SEGA released Persona 5 in Japan, and while it’s unfortunate that Western fans won’t be able to play until February 14th, there is some new information to tide you over. ATLUS recently revealed the design for the Persona 5 SteelBook® Launch Edition, which looks fantastic.

On one side you have the main cast in their “regular” clothing, while the other side reveals their “true inner self”. 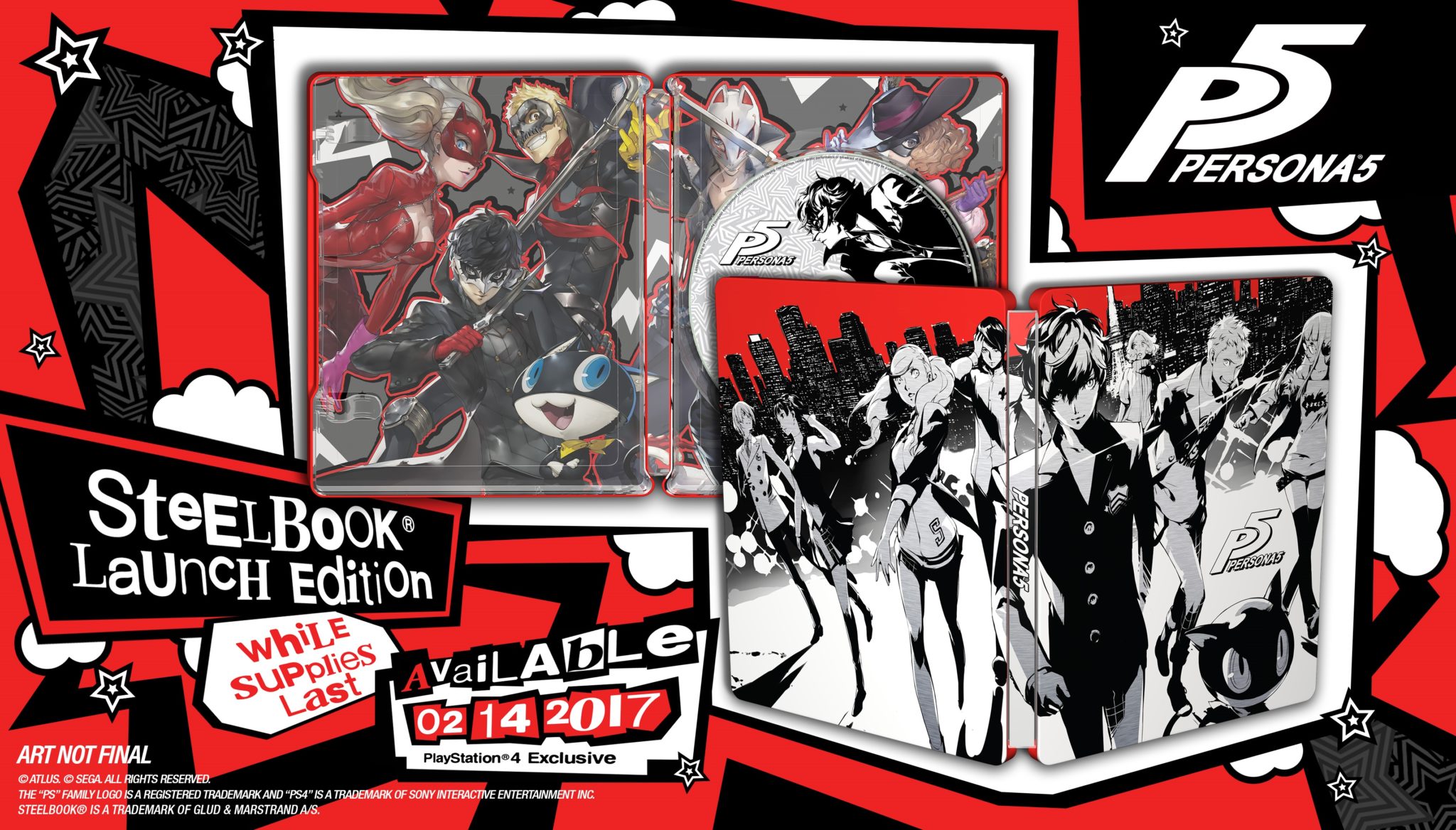