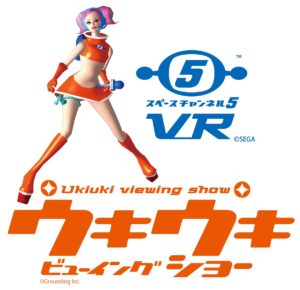 While SEGA is forging ahead with Hatsune Miku: VR Future Live, it appears that might not be the only beloved series its planning on taking to virtual reality.

Showgoers at Tokyo Game Show will be able to see a Space Channel 5 “viewing demo” of sorts developed for the HTC Vive. It appears it’s not a full-fledged game but a proof of concept, where you can watch Ulala as a spectator in virtual reality. The developer behind this “demo” is Grounding, whose co-founder is legendary SEGA developer Yukio Futatsugi, the guy who lead development on the Panzer Dragoon series and my personal favorite OG Xbox game, Phantom Dust.

A teaser site for Space Channel 5 VR can be found here. While some fans might be disappointed to hear that this doesn’t appear to be a full game at this point, we should remember that SEGA also showed off a tech demo of what would eventually become Hatsune Miku: VR Future Live last year, so this could possibly lead to become a reality in the future.