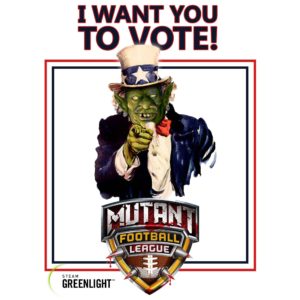 While Michael Mendheim and his team at Digital Dreams Entertainment are busy preparing to showcase Mutant Fooball League at PAX West this weekend, they somehow found time to launch a Steam Greenlight page and release some impressive new pre-alpha footage.

Those in attendance at PAX West will be able to play an early build of the game on PC.

You can find the game’s Steam Greenlight page here to cast your vote and help the game be approved there.

Mutant League Football is scheduled to be released in summer 2017.