We’ve already seen a tech demo for a Hatsune Miku virtual reality game, and it appears SEGA has continued work on the project as it has announced Hatsune Miku: VR Future Live for PlayStation VR during Gamescom.

The game will release on Oct. 14 in both the Americas and Europe for an undisclosed price and promises to be “an all-encompassingly immersive Miku experience” that will be exclusive to PS VR. SEGA was quick to clarify that VR Future Live is completely different than the free VR patch Project DIVA X will receive.

Those in attendance at Gamescome will be able to play the demo at the PlayStation booth.

“Exclusive to PlayStation VR, the Hatsune Miku: VR Future Live bridges the gap between the physical world we live in and the digital world of Hatsune Miku in a completely immersive way. Leave the living room behind (figuratively speaking), as it transports players to a virtual stadium, fully immersing them in the crowd of Miku fans and going wild for the digital singer,” SEGA’s press release read. “As the lights dim and Miku gets ready to take the stage, the player’s controller transforms into a glow stick. When the show begins, players can keep time with the song by taking cues from the rest of the crowd waving their glow sticks, with the goal of cheering on Miku during the concert. As players encourage her, it builds up the voltage. Once the voltage reaches its climax, players will find themselves transported on stage for a special one-on-one encore performance with Miku!” 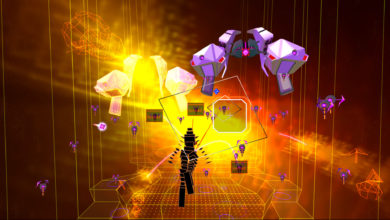 August 2, 2017
Check Also
Close
FOLLOW US
Use code SEGA at checkout to get 30% off EwinRacing gaming chairs