Half Life first released for PC in 1998 and was a revolution for FPS games; For the first time we had a deep plot with a good narrative, making us feel like we were inside a game where everything looked so believable. Besides having a good narrative, the game also had good graphics, very smart enemies, and an incredible multiplayer for the time.

In February of 2000, the game was announced for Dreamcast, but unfortunately cancelled after SEGA decided to stop the Dreamcast’s production in 2001. In 2003, one of its versions numbered 1672 was leaked on Internet. The game leak had almost everything ready, with the exception of some problems on the loading times and the space it used to save the game. Additionally, Half Life had better 3D models than the PC version.

The best part was still coming. With this leaked version, fans around the world were able to start creating their own versions of Half Life, giving birth to the Half Life mods for Dreamcast. Here are three Half Life mods you should play on your Dreamcast. 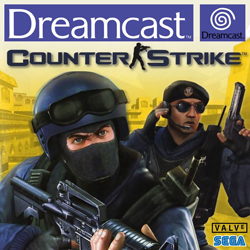 Counter-Strike is one of the most popular games for PC and the game was responsible for the popularity of online multiplayer games.  Version 1.0 came out for Dreamcast in January 2009. With the same maps of the PC version, the game runs pretty well on Dreamcast. Even though it’s missing the online part, it is incredible how Dreamcast is able to run the maps from the PC version with much less memory. 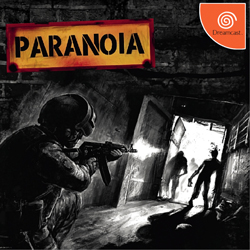 Paranoia is one of the best mods for Half Life. Here, you are a Russian officer who needs to defend a restricted military area, eliminating terrorists and protecting innocent workers. All the levels are based on real Russian architecture and environments. The final version for Dreamcast was released in June 2010 and the game really pushes the Dreamcast’s capacities. 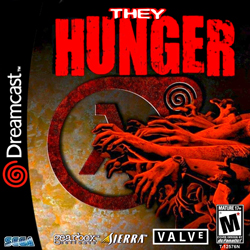 They Hunger is a Zombie survival horror based on Half Life. The game was released in three episodes for PC in 1999, 2000 and 2001. The game had its final version released for Dreamcast in 2010. Here, you are a writer who is listening to the radio on a normal day when you receive a strange announcement: “This is BMRF radio bringing you a special news report! Unknown atmospheric phenomena have been reported throughout the area. Meteorologists have been unable to identify the source of the strange electrical displays but we will keep you informed of any developments. We return you now to our regular programming” and then the horror adventure starts.

It’s incredible how a cancelled game created so many good things. If you have a Dreamcast and you haven’t played these games yet, it’s time to try one of the best FPS games on Dreamcast.