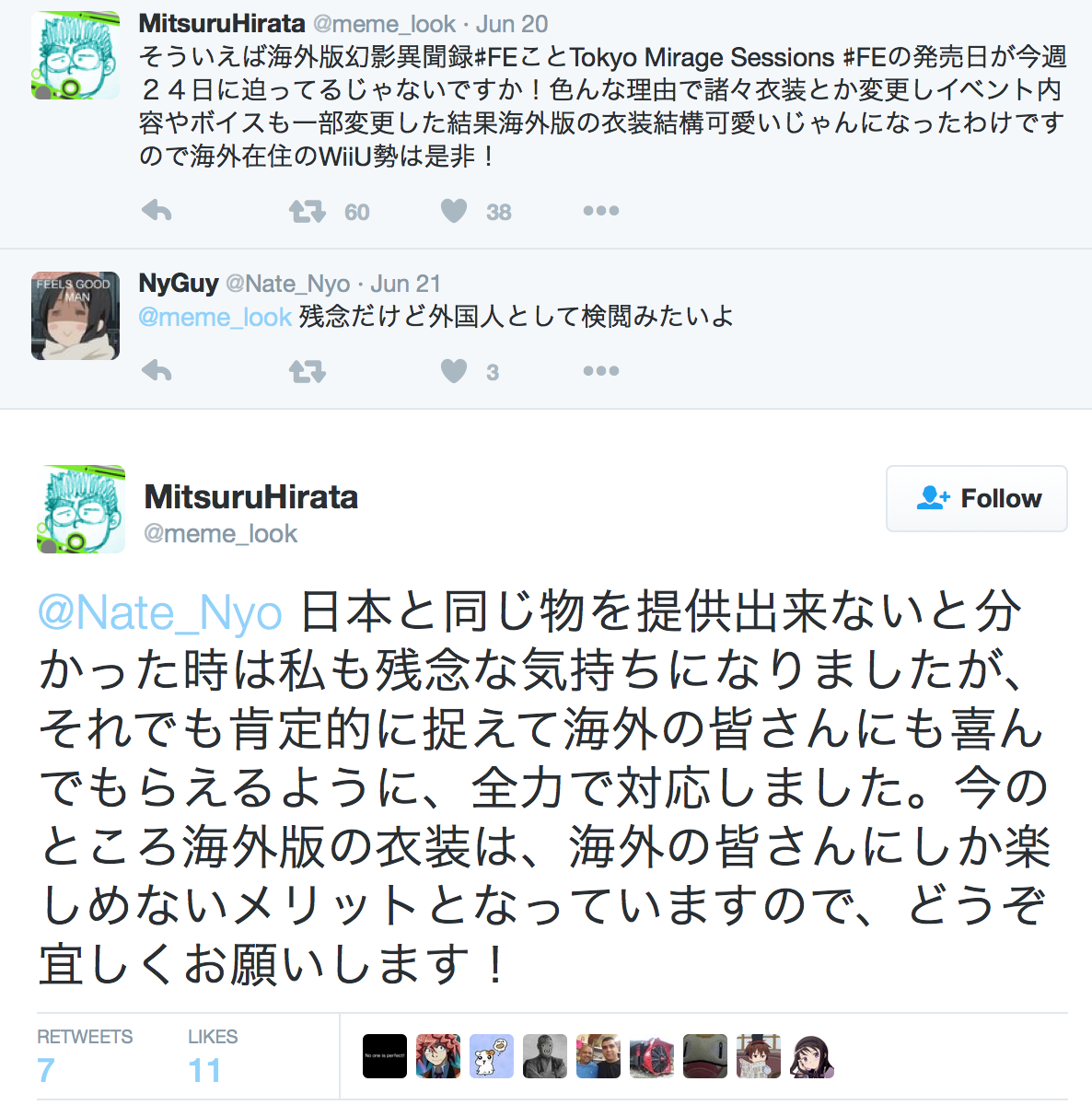 “When I found out we were unable to provide the same experience as the Japanese version, I also felt some disappointment. But our overseas fans remained happy that the game was being brought over and I’m glad to see their passionate support. In the meantime, the new costumes added could in a way be considered a merit that can only be enjoyed by our overseas fans! Thank you, and please look forward to the game!”

So, a mixture of disappointment and optimism, it seems. You can read our full breakdown of all the localization/censorship changes here, and gamers can now decide for themselves what to think about Tokyo Mirage Sessions‘ Western release.

I’ll be an adult for once and refrain from interjecting a snarky comment. After all, “it’s better than nothing,” right? Heh. Actually, I suppose it is… technically.