SEGA has announced today Sonic and Puyo Puyo museum exhibits will happen on the Huis Ten Bosch Game Museum in Japan as part of both series 25th Anniversary celebrations from May 3rd to May 7th. The Game exhibit will feature 2 floors dedicated for both series titles, while a giant screen outside the venue a giant screen will feature Sonic Generations and Puyo Puyo Tetris.

The games featured in the exhibit will be the following: 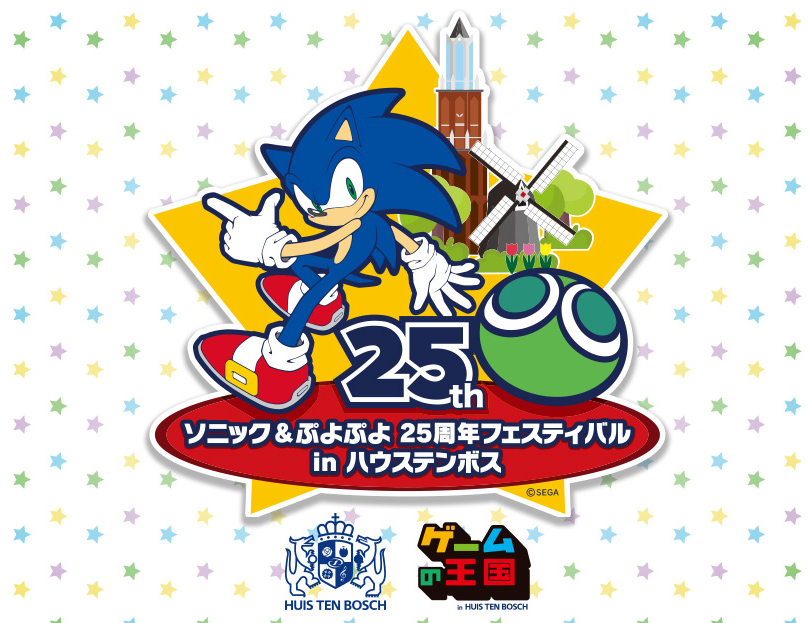 Special Puyo Puyo & Sonic Merchandise will be available at the venue. Carbuncle mascot costume will be at the event to take pictures with the attendees.
For more information about the Huis Ten Bosch Game Museum head over to this link.