Last year, First 4 Figures unveiled a beautiful NiGHTS statue that had the enigmatic in a classic pose from the NiGHTS Into Dreams box art. Earlier this morning, First 4 Figures owner Alex Davis asked fans on the First 4 Figures Collector’s Club Facebook page about the possibility of a Reala statue being in the works.

Davis posted a picture of Reala (which you can check out below) saying, “How’s this for a Reala pose? Any other pose suggestions you’d rather see?“. While there has not been any official statement made by First 4 Figures, it does look like Reala could be in the cards for their next statue.

Would you be interested in getting a Reala figure? Sound off in the comments below! 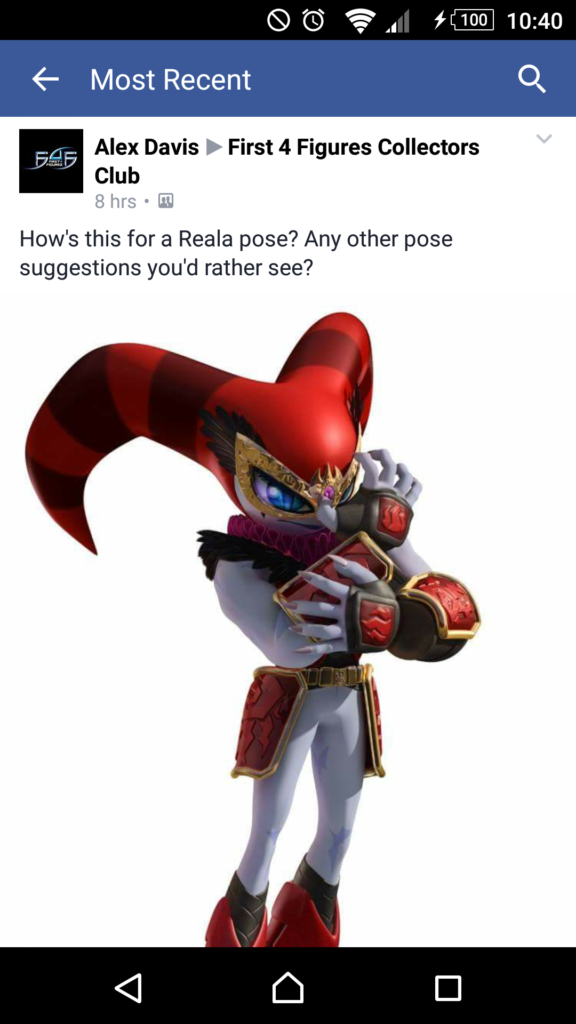 Via NiGHTS Into Dreams