There's very little dislike about Sonic Pocket Adventure. It plays as good as you can imagine a smaller scale Sonic the Hedgehog game to play.

Ever play a Neo Geo Pocket Color? Didn’t even know it existed? If not, here’s a quick primer: 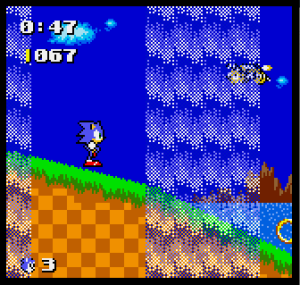 Sonic Pocket Adventures was a unique game in the Sonic franchise in that was the second Sonic game at the time to be released on a platform that wasn’t Sega produced.  Contrary to popular belief, the game was developed by SNK with supervision from Yuji Naka and Sonic Team.

It plays like the other 8-bit Sonic the Hedgehog games released on platforms like the Master System and Game Gear, most notably Sonic Chaos, with Sonic able to spin dash and enter special stages in order to collect chaos emeralds.

Save the Planet From Disaster

There are six zones in Pocket Adventure, generally with two acts each. Each of the zones bears a very close resemblance to levels in Sonic The Hedgehog 2, with my favourites being the Chemical Plant style level and a zone aping Aquatic Ruin. 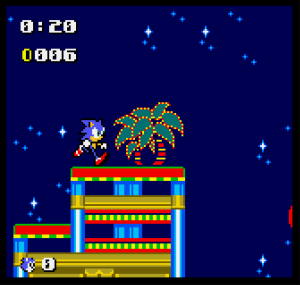 mooth control. Levels are littered with the usual Sonic goodies, but this time there are little puzzle pieces littered around that allow you to play around with a puzzle in the puzzle room selectable from the menu at the beginning of the game.

One negative, despite all the additional content, is the short length of the game. With only six zones, Pocket Adventure can be finished very quickly and although it saves your progress to the cartridge meaning you can go back at any time to replay levels, this may not keep you around once the main game is done.

Dive into the Mellow

Sonic Pocket Adventure looks amazing. It runs incredibly quickly, there is no flicker, backgrounds are packed with detail and Sonic himself has the usual personality we all know and love from our favourite little hedgehog. Only a couple of times while playing did I encounter any kind of slowdown and I had just lost a bunch of rings so you can forgive the game for being unable to keep up with a whole bunch of new sprites being added to the screen.

One thing I really like about Pocket Adventure is the way that SNK has retained the personality of Sonic while giving him a fresh new look. They also did this with Eggman and knuckles throughout the game to the point that you could swear that Sonic Team themselves developed the game. 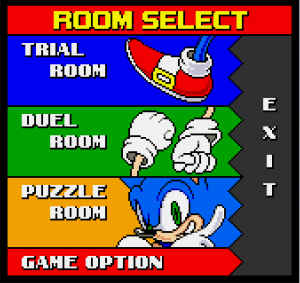 Finally, if you haven’t already come to the conclusion that Pocket Adventure sounds like a “greatest hits” of Sonic elements in one game then the soundtrack will. At first it took me a second to recognise where the music was from but then it turned out I was listening to the Sonic World portion of the Sonic Jam soundtrack. This went on throughout the whole game and it turned into a kind of “meta-game” for me to figure out what music was from was stage in the Sonic series.

There’s very little dislike about Sonic Pocket Adventure. It plays as good as you can imagine a smaller scale Sonic the Hedgehog game to play. It does this while both looking amazing and sounding outstanding with a great selection of classic Sonic tunes to jam to. It’s just a shame the experience is over so quickly, even with a level select feature.